People That Are Still in Denver 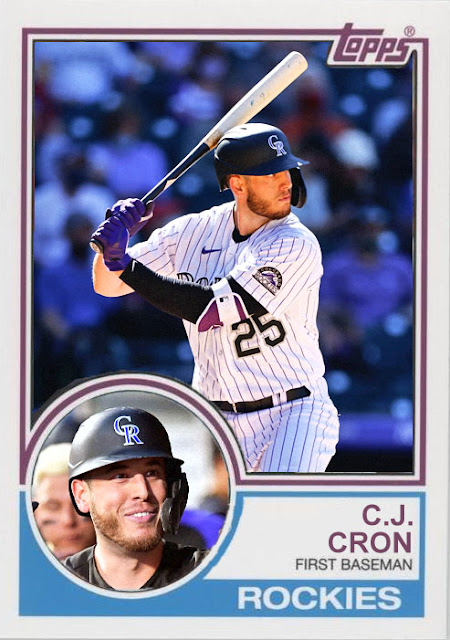 So. You're prepared for an exodus and only Mychal Givens leaves.

Trevor Story, Charlie Blackmon and C.J. Cron were all supposed to leave. None of them did. The Rockies, who are still trying to rebuild nonetheless, have the majority of the people whose departures would have allowed them to rebuild quicker. So even though they probably won't end up in last, the Rockies are going to just skulk along in fourth while being tugged in two different directions.

It's gotta be tough for Trevor Story. Everything he did in July was with a sense of finality, the last moments of his Rockies tenure, almost saying goodbye to the fans in the Home Run Derby. And now he's still here, after his team openly tried to shop him and had too big of an asking price to actually get rid of him. It's hard for him to really perform amicably for them given that knowledge. He's gonna be playing against people like Kris Bryant, Adam Frazier and Max Scherzer, people who DID get to leave sinking teams, and that's gonna be even more difficult for him.

I will say that it's nice that they got to keep C.J. Cron, cause he's been having a great season for them, and I don't know if he'd fit anywhere else as well this year. He's got a low average, but has hit 43 RBIs and 14 homers, certainly decent totals for where he is, and he's been relatively healthy all season. Cron has notoriously bopped around for the past few seasons, spending time in Tampa, Minneapolis, Detroit and now Denver. The problem has never specifically been him, even though he's slightly one-dimensional compared to other 1B/OF bats. He's just signed one-year deals with teams who aren't good enough to keep him. The 2019 Twins was a nice touch, but they were about to move on with Josh Donaldson. Cron is still pretty good, but I'm not sure if he'll be staying in Denver for 2022.

The rest of the Rockies is kinda nondescript. Marquez, Gray and Gomber are all fine, but all human. Bard has 16 saves, but a high ERA. McMahon has cooled down since May. Brendan Rodgers is finally getting substantial playing time, but at the expense of Josh Fuentes. Connor Joe is a surprisingly cool bench presence, but they don't have a lot of other big guns down there. They're a very okay team with not enough to go for them.

At the very least, they get to finish the season with these big pieces, but...it's for another 2 months, I'd imagine.

Coming Tonight: A rookie pitcher for the Baltimore Orioles. That's what we've got, folks.