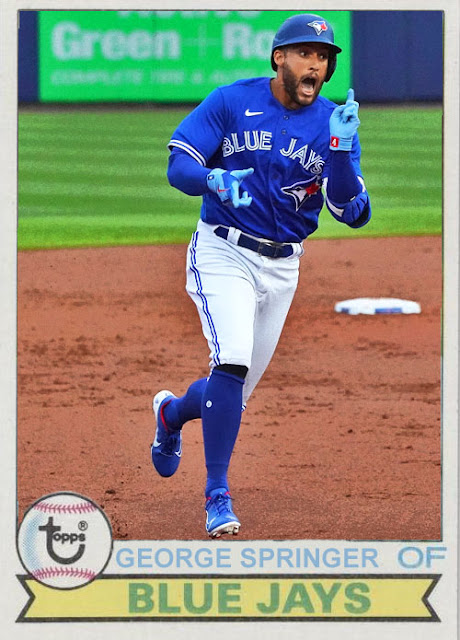 The Blue Jays may have finally found a replacement for Josh Donaldson as a hard-hitting, offensively-inclined DH/occasional position player to round out the team. And while George Springer may not have the awards shelf Donaldson has, he's definitely come into his own for the Jays recently.

I mean, the two months on the IL didn't help much, but once he had June and July intact to just mash the ball and build his resume back up, I think things evened out. Springer is now hitting .269 with 15 home runs and 35 RBIs in 49 games. He has completely eclipsed Rowdy Tellez as the primary DH in Toronto, fits well into the youth-led lineup without sticking out as Justin Smoak did in 2019, and provides the Blue Jays with a solid clutch insurance bat for what might still be a crunch to a postseason spot.

And look, with everything going on in the AL East this week, the Blue Jays are still very much outshone. The Rays have a stranglehold on the division, the Yanks are working on leapfrogging the Red Sox, and the Jays are kinda behind them taking on Washington. The team is 4.5 games behind the Yankees as I write this, and are still kinda the fourth wheel in the Wild Card race. With the A's, Yankees and Sox having compelling postseason pitches, the Jays have kind of lost theirs over time.

Yes, this team still has incredible performances from Vladimir Guerrero Jr., Marcus Semien and Bo Bichette to call upon on a nightly basis. Yes, they have a solid rotation thanks to Ray, Ryu and Manoah. But you have to remember that there's still holes in this team. The bullpen is still pretty fractured and injury-plagued, and plugging in Adam Cimber and Brad Hand only fixes that partially. You also have Jose Berrios on the wavelength of only an okay season to begin with. He's doing fine so far, but I don't know if he's going to hit peak Twins numbers here.

And yes, last season did seem to indicate more of a future run from this Blue Jays team, but I don't know if there's room for them in this 2021 playoff picture. There's barely room for the Yankees as it stands right now. So even if they muster up a campaign and run after the Yanks and Sox, I don't know if that means anything for this season. Maybe next year, maybe 2024, but not this year.

At the very least, though, they're gonna finish with a winning record and the steps to keep succeeding, which is better than nothing.

Coming Tomorrow- Ironically the team they are currently playing, and a 32 year old rookie.