Braves Update: Couldn't We Have Just Done This to Begin With? Edition 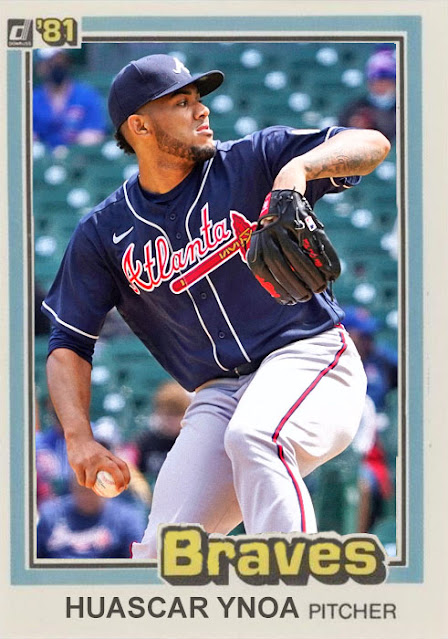 Deciding to compete right at the beginning of August after being a sub-.500 team for the whole season and losing three of the biggest pieces on the team to injury? St. Louis called, they want their schtick back.

Nah, the Braves rising to the top of the NL East despite losing Ozuna and Acuna for the rest of the year is...too on the nose. We spent the season with so many gonzo picks for division leaders, and the end of this season is looking like the Rays, Astros and Braves are gonna win divisions over more deserving, more fun teams like the Red Sox, A's and Mets...and yeah the Phillies I guess. If an outcome is something the sportswriters could have called in April and it comes true, it's not a fun outcome. The Braves becoming 1st in the East is a foregone conclusion because everyone was expecting them to be a 1st place team all along.

It is a little funny that the ascent to first happened after the additions of Adam Duvall, Joc Pederson, Jorge Soler and Richard Rodriguez. Like, even with all the hype the team needed that little bit to compete again. But still, now we have Fried, Freeman, Duvall, Swanson, Morton and Albies all playing like champs, D'arnaud healthy and hitting, Soler and Pederson already power-hitting up a storm, and the competitors are falling apart.

Most importantly, the rotation has come together. Ian Anderson's still out, but Morton and Fried have stayed strong, Huascar Ynoa's back from the IL and back to his old tricks at the plate and on the mound, Drew Smyly's a fine lower-tier starter and Touki Toussaint is finally delivering on his promise in the minors. Unlike the last few years there's no questionable links, like Wright or Wilson, and this is a solid unit that can run for a bit.

I think it's a long shot that the Phillies or Mets come back to stop them at this rate. The Braves had a huge last few weeks building the lead, they have it, and now they can coast for a bit. There is a chance that the Phils inch up slightly, but...the Phils aren't a playoff team anymore, and the Braves are.

Damn, that was tough for me to say...

Coming Tonight: The other second generation MLBer making waves in the Cleveland rotation.