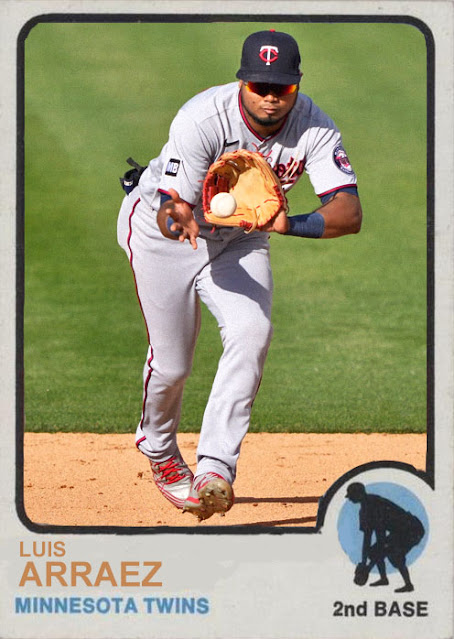 A couple years ago, Yankees-Twins was a postseason matchup. Now it's a humiliation event for Minneapolis sports fans.

Look, I've tried to vouch for this team, I've tried to say 'hey, maybe there's a chance', I've looked for the good in this team...but this Yankees series was the final nail in the coffin. Kenta Maeda being beaten up today by the Yankee offense sealed it. If you give up home runs to Andrew Velazquez, there's really no point, is there?

There's just been so much turmoil with this team. The Twins got 27 games of the best season of Byron Buxton's career, and then a prompt trip to the IL has...continued ever since. They got past slow starts from Jose Berrios and Nelson Cruz only for competitors to snatch them away. They've downgraded Jake Cave and Mitch Garver for Trevor Larnach and Ryan Jeffers, without much change. And rookies like Nick Gordon, Alex Kirlloff [now out for a bit], Gilberto Celestino and Ben Rortvedt have done next to nothing to help matters.

They are trying something with this rotation, and plugging in Griffin Jax, Bailey Ober and Charlie Barnes is an effort to employ a new youth rotation staff, a lot like Kyle Gibson, Tyler Duffey and Trevor May back in the day. Like those three, I reckon some of these guys are gonna end up relieving very soon. Ober has been the most okay, with a 4.38 ERA in 14 games, but Jax and Barnes have higher ERAs. They're also beginning to use John Gant as a starter again, which...also doesn't seem to be working. I seriously thought that Happ for Gant would be a dud trade, and there J.A. Happ goes reclaiming his dominance while Gant stinks it up. I guess I have to give the Cardinals a hand. Heheh. Hope they aren't watching what Lane Thomas is doing in Washington.

Right now, the Twins at least have Miguel Sano hitting homers, Luis Arraez hitting for contact, Josh Donaldson providing some semblance of credibility, and Jorge Polanco looking for MVP votes. But this isn't the full team effort that yielded better results in the past. This team isn't completely ruled out for future competition, but they're gonna need a lot of help.

Coming Tomorrow- A guy who began the season with the Indians, got DFA'd even by them, and found a place in Pittsburgh of all places.