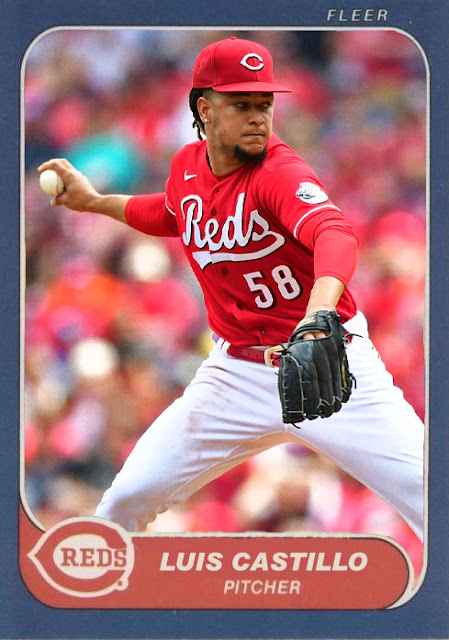 The Cincinnati Reds' rotation, even counting sixth member Jeff Hoffman, is altogether worth 20 WAR. Wade Miley, Sonny Gray, Tyler Mahle, Luis Castillo and Vladimir Gutierrez are all worth upwards of 2.9 WAR, and the total of 20 WAR outdoes the Brewers' rotation [14.1], the White Sox' rotation [15.2], and the Dodgers' rotation [15.6].

Yes, the Reds, of all teams, are doing this. That one team you figured would kind of limp through and circle .500, make noise occasionally. Yeah, they have the best rotation in baseball. And it's pretty much the exact opposite order from what was predicted. Luis Castillo, who came into the season as the supposed ace, yeah he's got a 4 ERA and 13 losses. Wade Miley, who limped through 2020, yeah he's the staff ace, has a no-no under his belt and has a 10-4 record, a 2.88 ERA, and his best season to date. Sonny Gray and Tyler Mahle, they're both sharp with some great recent starts. And some kid you'd never heard of, Vladimir Gutierrez, he's 9-4 with a 3.68 ERA over 16 starts. The whole unit is working, even if you would think it wouldn't.

It's also very helpful that little specks of this team are just randomly hot. Not even the big pieces like Castellanos, Winker and Votto, but...Kyle Farmer and Tyler Naquin. Naquin's been crazy lately, just as he was in April. Even Max Schrock has been hitting. There's still definite issues with this team, including people like Eugenio Suarez and Shogo Akiyama, but when Castellanos, Winker, India and Stephenson are league-caliber and gunning for the playoffs, it's palpable.

Right now the Reds are edging out the Padres in the standings, which is pretty huge considering how highly-touted they were. They also have a better record than the entirety of the NL East, and are two games ahead of San Diego. They are unfortunately 8.5 games behind the Brewers, which is, unless there's a big shift, pretty much an assurance that the Reds will have to go in through the wild card spot...which also means they may have to play the Dodgers, which will be extremely difficult. If they put up someone like Gray or Mahle, they could be in good shape, even if the Dodgers start Scherzer or Buehler.

I'm honestly just happy the Reds are doing this well this year. Keep it going!

Coming Tonight: In the absence of Liam Hendriks, the former A's set up man takes the ninth.