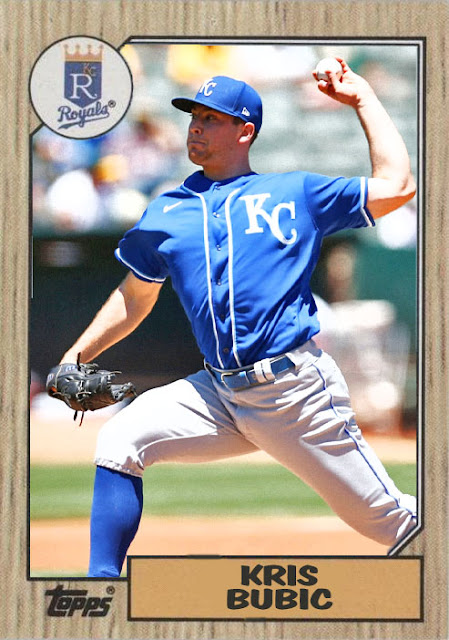 In April the Royals had the eyes of the baseball world upon them. It's August, and now the same team is struggling to get people to care while starting a guy whose name sounds like a breast rash.

Yep, the Royals have gone from first to worst, have scattered the hopes of the season, and are now without Danny Duffy and Jorge Soler. It's important to note that this team was able to hold onto their sharp bullpen, including Scott Barlow, Josh Staumont and Jake Brentz, as well as the entirety of the core of the lineup consisting of Whit Merrifield, Salvador Perez, Michael Taylor, Carlos Santana and Andrew Benintendi.

The biggest indicator of lost riches in this team is the fact that only 10 players have a higher WAR than Adalberto Mondesi, who has only played 10 games this season. And only one of them is a starting pitcher currently employed by the Royals. It's Carlos Hernandez. Yeah, I hadn't heard of him either, but he's doing well. Kris Bubic, Mike Minor, Brady Singer, Brad Keller and Daniel Lynch are all struggling, with Lynch at least having a better start recently. Singer and Bubic were supposed to lead this rotation, kinda like Mize and Skubal have in Detroit, and they both have ERAs over 5.

The team is down to only a handful of players really making a difference, including Perez, who's climbing up the leaderboard, and Merrifield, who's one of the most versatile, entertaining ballplayers still left in the game. There is something promising in seeing Emmanuel Rivera take starts at 3rd, but this team hasn't shifted towards the youth yet. The team gave up on Kyle Isbel after a month, so I don't think they're reaching into the future much more this year [sorry, Bobby]. They're gonna retool, maybe trade some people, and then think about youth movements. Cause as much as I wanna think about Bobby Witt Jr. saving this team, we still have Adalberto Mondesi and Nicky Lopez in the middle.

I'm sad that it got this messy for the Royals, but this is the gig sometimes. Matheny's used to it.

Coming Tomorrow- We all thought 29-year-old Patrick Wisdom springing into the Cubs' lineup was a nice perk of a competitive team. It was actually an omen for what the team would look like after the deadline.