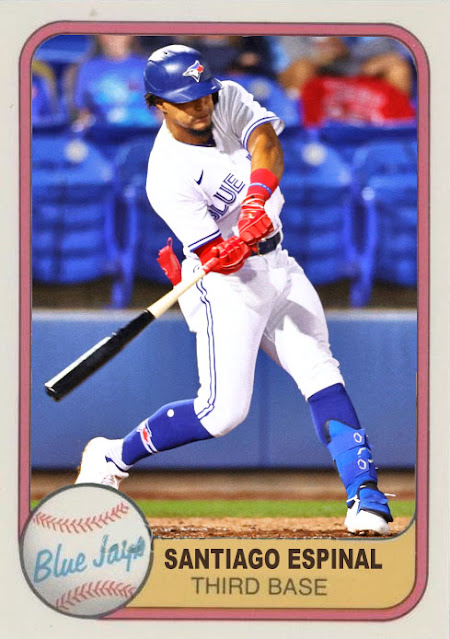 The dust has settled from the trade deadline bonanza, the season is beginning to wind towards its homestretch, and the storylines have become very clear. July was a very big month, where a lot happened, even if the standings don't exactly show it.

Before we really dig into July, let's see if the predictions I left in June were accurate at all:

1. Some aspect of the All Star Game results pisses me off, and this includes substitutions. I'll say this is accurate, because Mike Zunino shouldn't have been an All-Star, nor should Andrew Kittredge. It was just Kevin Cash flexing his managerial duties, really.

2. One of the recently brought up rookies comes to prominence big time. It could be Kelenic, Manning, Nootbar, Franco, somebody I haven't been thinking of.  Not really, honestly. Franco's doing very okay right now.

3. Hostile takeover in a competitive division. Welllll...not quite? The Rays have sort of done this, but it switches back every so often. The Reds have done this for 2nd, but not for 1st.

4. A trade deadline deal that makes a middling team into a competitor. Jose Berrios going to Toronto falls into this category, as done a lot of the Yankees' moves, honestly.

5. A new name enters the home run leaderboard that no one is prepared for. Not really. Man, I struck out this month. Lots of the same people that have been at it all year, even Marcus Semien. That'd be a surprise any other year but not this year.

Alright, so...maybe July wasn't exactly what I planned, or maybe it was and I was expecting it to be too unpredictable. Regardless. Here's the 5 Things About July 2021 That No One Could Predict:

2. Joey Votto comes alive. Votto had been having a fairly nondescript season so far, beginning to drift into the low-WAR legacy zone that Miguel Cabrera and Albert Pujols had already gone to, but after the ASG break, the man caught fire. There was something like 6 or so homers in a 5 game radius, and he just kept boosting his average to a .276. He's already got a higher homer total than any season of his since 2017, and he's looking at a very sturdy age-37 season. I'm just happy it's happening, and I hope he continues to produce at this level further down the stretch.

3. The Cubs' complete unraveling. I was expecting Bryant and Kimbrel to go, but Joc Pederson, Andrew Chafin, Anthony Rizzo, Jake Marisnick, Javier Baez and Ryan Tepera all left at the trade deadline. That is a lot of Cubs, and even though Willson Contreras, Kyle Hendricks, Zach Davies and David Bote stuck around, the dynasty seems to be over, and the Cubs don't have a lot left to do for the rest of 2021.

4. An injury takes out Jacob deGrom for an indefinite, non-two-weeks period of time. We may have just lost the prime Cy Young/MVP candidate for the NL [which is a good thing for Zack Wheeler and Max Scherzer]. I like shitting on the Mets on here, it's fun to do [KUMAR ROCKER WAS RIGHT THERE], but this is just tragic. DeGrom's having one of the best seasons by a pitcher in years and he's gonna be out for a little more time. Ugh. Pitchers are just tiring themselves too easily and injuring themselves too willingly these days.

5. Matt Harvey going 3 starts without allowing a run. Am I going crazy or is he finally beginning to revert to his former self?

And, as an antithesis to that, 5 Things from July 2021 That I Probably Could Have Predicted

1. Eduardo Escobar leaving the Diamondbacks for a competitor. Probably the single most obvious trade deadline departure out there. Even Adam Frazier and Kris Bryant had a 'well maybe nothing falls through' angle to them. Eduardo Escobar, the second the D-Backs had their streak, was heading out of Phoenix. It was gonna happen. And it did, thanks to the Brewers.

2. The Cardinals and Blue Jays using the trade deadline to convince the league that they are competitors despite losing records. I'm used to this.

3. Ohtani still on top of the home run race. 37, man. I don't know if he's gonna chase the all-timers, but he's having a career year by far.

4. Ian Anderson getting injured due to a shoulder issue. The way he was throwing, he was asking for Tommy John surgery. That's probably coming next.

5. More LaRussa shenanigans. Pitting Liam Hendriks against Craig Kimbrel now because he can? This is some deliberate shit going on. I posted on twitter the other day that LaRussa must be a mole for the Cardinals that they sent in after the White Sox hit four consecutive homers off them. And here he is completely tearing the team apart, nearly sending Yermin Mercedes out of the game because of decorum stuff, and alienating everyone. This can't be what he thinks is genuinely how to healthily run a great team. Right?

1. The hierarchy changes in the NL West, finally

2. One of the lower-rung competitors in the AL East catches up and reclaims the conversation.

4. One inexplicable waiver deal that pisses me off.

5. A previously-injured player returns and gives his team the momentum they need for the playoffs.

So, that was July 2021, and all that it contained. Bring on August.

Coming Tomorrow- He was hired to bridge his team's dynasty forward. After the deadline, he's one of the few pieces that remain.