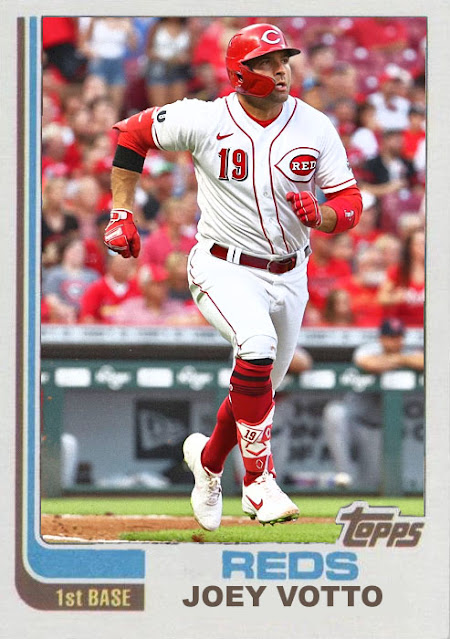 It's 2021, and Joey Votto's leading the Reds in home runs. With competition. Such a beautiful thing.

The rise of Joey Votto in the second half has been one of the cooler developments for the Reds. I mean, in the past few seasons I've worried that Votto's once-mighty numbers would be forever diminished, kinda like Miguel Cabrera and Albert Pujols. But nevertheless, Joey Votto is having a pretty stellar age-37 season. Not only did he pass the 300 homer mark, but he's had 25 on the season, leading the Reds, and he had a large amount of those in succession. For a good week he was ripping them left and right, going hog-wild. His numbers this season are clearly his best since 2018, and are making him an even more of a sure bet for the Hall of Fame at the end of the decade.

Votto has also been one of the main pieces of this now-red-hot Reds team, climbing the standings and chasing the wild card hopefuls. You're now seeing people like Tyler Stephenson, Vladimir Gutierrez, Kyle Farmer, Mychal Givens and Luis Cessa jumping right into the cause and having great performances. Meanwhile, Castellanos and Moustakas are back, and the former is back to his old tricks. Jonathan India is still a major candidate for the Rookie of the Year. Gray, Castillo and Miley are all in good form in the rotation. And the wind keep coming, even after last night, with a big wallop in Atlanta [to keep the Phillies in first].

But...realistically, the Reds are 8 games behind the Brewers for the division, and 4.5 games behind the Padres for a wild card spot. Honestly, the WC spot might be the better bet. On one hand, they'd likely have to play the Dodgers, but on the other hand, I don't know if they're gonna catch Milwaukee. The Brewers are so stacked on pitching that I don't think the Reds have a chance to lap them. But I kinda wanna see them keep going, maybe sneak in. They're a fun team, I hope they can make it work this year.

Coming Tonight: The first of the trade deadline players on here in a new uniform. This one came at the exact right time for his new team.