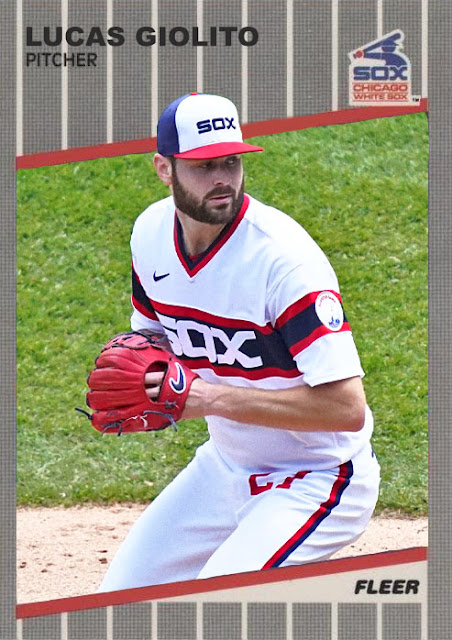 Eloy Jimenez is finally off the IL. Luis Robert is coming off in the next few days. With those pieces reattached, and with the White Sox already with a major lead in the AL Central, you're gonna see a whole lot of balls-out fun baseball in the next two months.

Cause, like...the division's theirs. Nobody else is really clawing for it, the Indians are back under .500. Really, the White Sox just have to fight for the first seed in the playoffs, and the honor of playing whichever team is unlucky enough to wind up in the wild card spot. And with Robert and Jimenez back, and everybody else healthy and in good form...the wins are gonna get bigger and badder.

Even without those two OF pieces, the Sox have been using Andrew Vaughn to great heights, as he has 13 homers and 37 RBIs in his rookie season, as well as giving Billy Hamilton, Brian Goodwin and Adam Engel nice amounts of playing time. Hamilton's hurt, Engel's gaining ground, and Goodwin is a nice bench/extra OF guy. The DH spot is also basically open, and Vaughny has been taking reps there when not starting in left, while Jimenez has also played some games there to not exacerbate his injury again.

At catcher, the Sox have been using Seby Zavala more and more, after his impressive multi-homer game earlier in the season. He's also an upgrade compared to Zack Collins, who, despite having the numbers to boot Jonathan Lucroy from the active roster prior to the season, can't hit in the majors still. Once Grandal returns, Zavala will probably take the backup job...or maybe keep the starting job as Grandal slowly begins to shift to DH [i hope, it's time, I hope].

As for the gaping hole at 2nd left by Kenny Williams' want for bullpen security, Cesar Hernandez has been a decent cover so far, and he's hitting .300 in his first week with the team. Leury Garcia is also a good ute-piece in support, and also has had some nice games this year. And you've also got Gavin Sheets and Jake Lamb floating around, not hitting great but still serviceable.

Meanwhile, the rotation is still strong, the bullpen is even juicier now that Tepera and Kimbrel are in, and Hendriks seems to have retained the closing job. And all is harmonious, despite LaRussa's best efforts.

The goal here would be to not coast, and to still win big games in the next month or so. To be perfectly honest, I see the White Sox as the best overall AL team heading into the playoffs. I sincerely hope they don't find a way to screw this up.

Coming Tomorrow- One of the many former Padres backup infielders taking the league by storm this year.