The New Most Hated 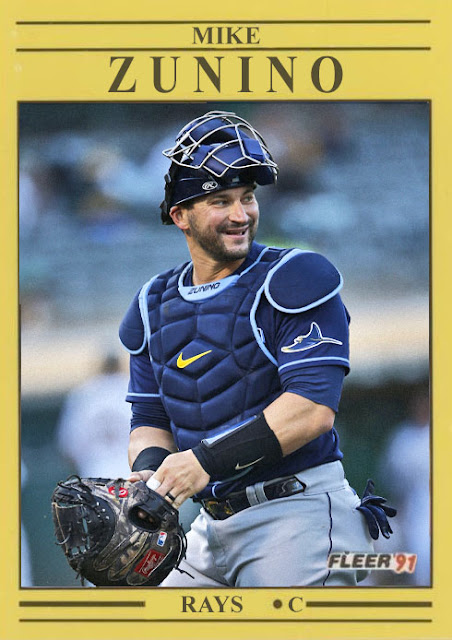 I've talked a lot on this blog about players who I just utterly dislike, usually having to do with their performance at the expense of my teams. This category features people like Cody Ross, David Freese, Kevin Youkilis, Jose Bautista and Michael Saunders. Sometimes this even includes players who've only persisted in the majors by name value alone, with less statistical relevance- people like Drew Smyly, Rougned Odor [for a while, anyway], Abraham Almonte and Steve Cishek.

And then there's Mike Zunino, who is both.

Mike Zunino has the reputation and tendencies of a backup catcher. Since his come-up in 2013, he's held a career .200 average, 947 career strikeouts, and only two seasons to date with a WAR higher than 2. His whole deal is barely hitting for average, being a serviceable defensive catcher, flirting with a negative WAR and somehow having no troubles with job security. The Mariners always had a steady backup with Zunino, and in most cases the backup did better than he did, but Zunino always kept his job, and got the full starting gig in Tampa. And last year, despite losing the gig to Michael Perez for most of the season and holding a breathtaking WAR of 0, he had some impressive moments in the playoffs, including 4 homers and 8 RBIs.

Which begs the question- what makes Mike Zunino so indispensable despite his failing statistics?

Well...Zunino is providing one heck of a power bat this season, with 21 homers in 76 games, looking like he'll beat his seasonal total of 25 relatively soon. He's also got an .801 OPS, second highest on the team [behind Randy Arozarena], and the highest slugging percentage. So, very simply...he is an undeniably powerful hitter. And with enough contact hitters on this team, it's alright for the Rays to employ a stupid-empty power hitter like Zunino. Besides, he got his first ASG nod this year. They don't give those to bad players, do they? Not since, like, Bryan LaHair.

The Rays, meanwhile, have wound up in 1st in one of the most highly-contested divisions in the majors. They have managed to do this without Tyler Glasnow, Charlie Morton, Willy Adames or Diego Castillo, and without a clear anchor in the rotation. Right now Yarbrough, McClanahan, Wacha, Patino and McHugh are kind of bobbing along without a real person to look to. McClanahan's doing the best of the four, but you'd probably never heard of him before last month. And since the bullpen's all beat up, the Rays have been fielding people from anywhere they can to keep things along. And yet they're still winning, and still in first. In fact, they've been winning by larger margins in the last few days due to the strength of the lineup.

The pitching is going to eventually bite them in the ass, but the lineup is still rock-slid, Nelson Cruz already has 4 homers, and Zunino, Arozarena, Lowe, Meadows and Margot are still in great condition. I'm still not 100% convinced that this is THE team for the AL East, and they really need to fix their pitching to completely win me over.

Like, come on...you've gotta have more than just Shane McClanahan and Mike Zunino to make a playoff run with, Rays. Give me the big guns.