Playing the Spoiler Once Again 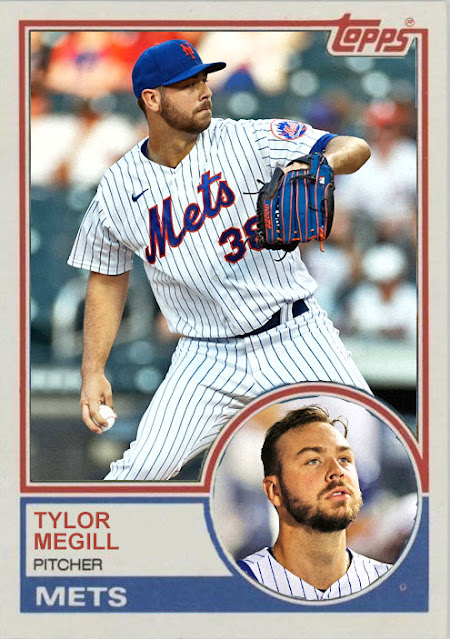 Here we are. Third year in a row. The Mets, upon discovering that they're probably not gonna make the playoffs, realize that now what they have to do is act as the spoiler for any middling team that has similar playoff expectations. The Grim Reaper for failed competitors. Being not good enough to compete, but good enough to still win, the Mets, once again, are gonna be the spoiler and decide the picture, even if they're not in it.

Which is to say...the Mets will be hoping to bounce the Phillies from playoff competition once again.

For a while, the Mets did seem like playoff competitors, but they really can't be without Jacob deGrom, can they? Marcus Stroman and Taijuan Walker have had great seasons in the rotation, but now the Mets are relying on people like Tylor Megill, who's okay but still a mostly untested rookie, Carlos Carrasco, who's a big name but has been shaky in his first few starts, and Rich Hill, who is 41. Absolutely no semblance of the 2015 rotation has any part of this right now. Thor's still hurt. Now he has COVID as well. DeGrom's probably a wash. Wheeler's a Cy Young candidate at the other end of the turnpike. Matz is struggling in Toronto. Harvey's struggling in Baltimore. Now we just have this...mix, this combination of people who are around. The lineup is well-engineered in all the ways the rotation isn't.

And while Pete Alonso, Brandon Nimmo, Jeff McNeil, Jonathan Villar and, by technicality, Francisco Lindor, are having decent seasons, there's still a lot of okayness holding this team back, like Dominic Smith, Conforto, and the catching situation. Once again, this team has been unable to really keep a team together into August.

And so now, the plan is to win games and stymie the big teams they still have on the schedule, which right now include the Cardinals, Red Sox, Braves, Yankees, Brewers, and, yes, the Phillies. I do think they have a nice chance of eliminating the Cardinals and Phillies, and potentially ending up higher in the standings than either at the end of the season. I really wish there was an outcome a little happier for the Mets than eternal spoiler, but this is just what they're good at right now.