The Future Hall of Famer No One's Thinking About 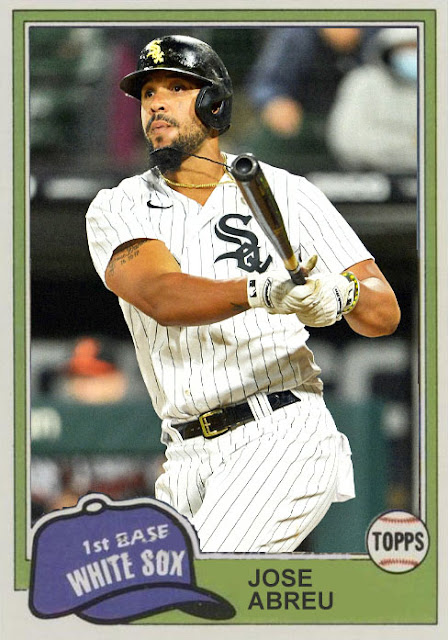 Let's get serious for a moment. Since 2014, only one player has more RBIs than Jose Abreu, and that's Nolan Arenado. Abreu is also on track to have led the league in RBIs for three consecutive years, and is looking at his sixth career 100+ RBI season. Abreu has been one of the best pure hitters in the game since his arrival, has yet to have a true down season, and, at .253, is having his lowest average so far [it's usually around .290]. He's 34 now, and the amount he was able to do in just 8 seasons thus far is pretty incredible.

And the thing is...from a pure hitter standpoint, his output is vaguely Hall of Fame esque, honestly. I think of somebody like Edgar Martinez, Frank Thomas and the like. All this guy does is hit, and accurately at that, and he's just been an RBI machine all his career. Now that he's on a competitive White Sox team, he has more eyes on him, more people seeing him as an important figure as the team's built around him, and...maybe they're thinking that too?

Look, I dunno, I had a post about Salvador Perez earlier this year putting him in this category, and I felt like I was in the minority there, but to hell with it. He could be a Hall of Famer. So could Abreu. Nobody has covered as much ground in this amount of time as Abreu, and that speaks volumes.

The Sox, meanwhile, are undisputed heavyweights this year. Nobody in the AL Central has come close to the output they're giving off. They still have a strong lineup, especially now that Robert and Jimenez are back and booming. Ryan Tepera, Cesar Hernandez and, to a lesser extent, Craig Kimbrel, have boosted this team and made them even bigger. I do worry that the heroes haven't EXACTLY shown up yet for this team, as only really Yoan Moncada, Lance Lynn and Tim Anderson have truly shown up. I'm just waiting for Robert, Abreu, Jimenez and others to have the big moments down the line.

This team could be a huge postseason standout. I just hope it comes together for them.

Coming Tomorrow- One of the biggest pieces of the deadline, landing in a pretty great position in Milwaukee.