People Who Are Not Ohtani in Anaheim 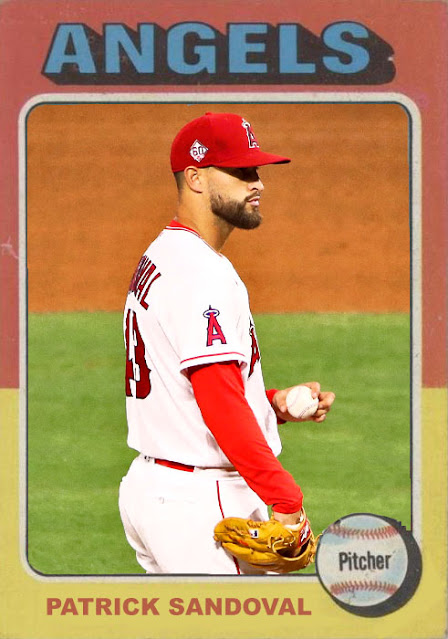 It's the same as it always was in Anaheim this year. You can have Trout and Ohtani together but you have to have more than that, and with Trout hurt, the rest of the team's flaws stand out so much more. Then other people rise to the top and they get hurt.

I'm genuinely amazed at Ohtani's season, and I think he deserves the MVP, even in Vlad Jr. is still in excellent shape. Ohtani's effortless skill in both major MLB categories is one of the great things about the game right now, and one of the reasons why I love how inexplicably weird and fun the game can be. 40 home runs and 120 Ks? Sure. Sure, baseball, let's do that.

But right now, aside from Ohtani, there's not a hell of a lot going on with the Angels. For a while there was Patrick Sandoval and his fastball, and he was coming into his own with 94 Ks in 17 games, but now he's injured, along with Griffin Canning and Alex Cobb. Raisel Iglesias has racked up 27 saves, but he's blown 5. David Fletcher finally got his average up and jumped into action as one of the under-the-radar all-around greats on the team, but his lack of a power bat reflects the fact that only 3 people on this team have more than 10 homers. And sure things like Justin Upton, Anthony Rendon and Dexter Fowler have been massive disappointments.

The good news is that you're beginning to see glints of the future. Jo Adell is back in the majors, and this time he's hitting, with 10 RBIs in his first 15 games. The very beardy Brandon Marsh is still looking for his average in the majors, but he's beginning to make more contact. Rookie Reid Detmers has been thrust into the rotation, and though he's got a 7 ERA right now, the fanbase is still very excited to see his better numbers show up [after all, he only played a total of 13 games in the minor leagues].

So you're beginning to see some seeds of what could inherit this team, and how an Angels team could theoretically compete someday. But the goal, I think, is to get a competitive team with Trout and Ohtani, while they're both healthy and in their prime. So hopefully they can keep their strong seasons going into 2022 and maybe get a postseason run going. Because otherwise, it's just rotten luck that's wasting two all-time talents.

Coming Tomorrow- Ya wanna know why the Cardinals have to start a bunch of 35 year olds this year? They've been giving up all their young pitchers. Gant went to Minnesota last month, and this guy went to Colorado last year.