At Least Somebody Threw One 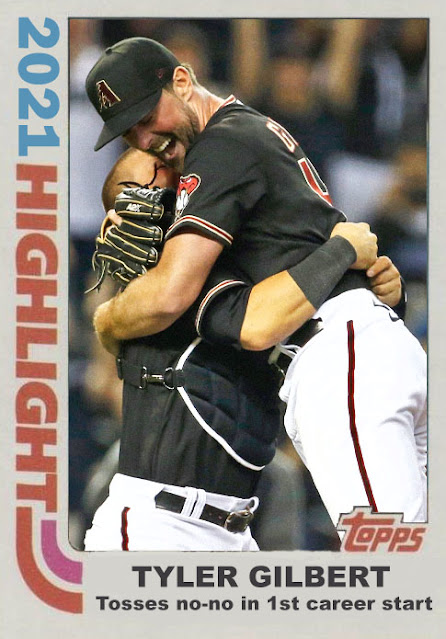 I was already discouraged last night. Matt Moore and Hector Neris had a combined no-hitter going through 7 innings for the Phillies, which, by itself, is an incredibly weird statement to say out loud. Neither of these pitchers has been especially lucky this season, and for neither of them to allow any hits was something insane. Of course, said no-no was broken up by Tyler Stephenson with a homer off of Archie Bradley. So there went the no-hitter energy, I figured.

And then around 10ish last night I heard something even more ridiculous.

The Arizona Diamondbacks were an inning away from no-hitting the San Diego Padres, and were doing so with Tyler Gilbert, a pitcher who until tonight had never started a game. And, upon further research, it turns out Gilbert was a former Phillies prospect who was traded for, of all people, Kyle Garlick, and snatched by the D-Backs in the Rule 5 draft. So if the Phils had held onto him, we wouldn't even have to start Matt Moore in the first place.

So I tuned in, indulged the impossible. And sure enough, Gilbert took down Trent Grisham, Ha-Seung Kim and Tommy Pham like it was absolutely nothing, and notched his team's second hitless shutout of the year. It was something that only comes around every so often- not just someone throwing a no-no in his first start, but the worst team in baseball tossing two no-hitters in a season. This was the team's 38th win of 2021. For reference, the Giants won their 38th game in June.

I'm very happy they were able to pull this off, and I'm happy for Gilbert, who gets to start his career off with a lifetime achievement. I hope there's several more highlights ahead for him.