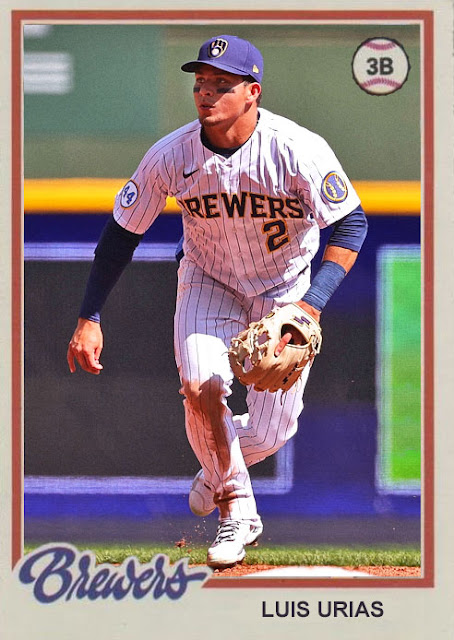 The NL Central has had the same division leader for a month or so now. The Brewers are still in first. Yay for consistency.

For a division that seemed so up in the air in April, and could have gone in any of four different directions, it's kind of impressive that the Brewers have come out as far as they have. The pundits were saying St. Louis or Chicago, and that the Brewers would kind of hang back, and they did for a month or so, using late April and early May to just collapse a bit before hitting full throttle with the Willy Adames deal and outdoing everyone. You could even say that the Cubs' full collapse is their fault. You know...if you wanted to.

The Brewers have a safe enough lead over the Reds to ensure safe passage for the next few weeks. They also have the aforementioned three-headed monster in the rotation, still banging through even in August. Freddy Peralta, Brandon Woodruff and Corbin Burnes are all having phenomenal seasons, striking out everybody, and keeping each other strong. The shitty part, though, is that Josh Hader is now on the IL with a COVID positive. Now, I know what you're thinking? A guy who's repeatedly said racist and offensive stuff on twitter? THIS GUY turns out to have not gotten the vaccine? WHAAAAT? Next you're gonna tell me that Aubrey Huff hasn't gotten it either.

The lineup is thankfully beginning to show some light as well. Luis Urias has become a pretty sturdy corner piece, and is hitting relatively well, with 14 homers and 49 RBIs. Adames, Narvaez and Garcia have remained in control. Lorenzo Cain is heating up, even if Yelich is just...taking his time, yet again. The new additions are also making waves- Eduardo Escobar has been a nice addition at the plate, and his defensive flexibility is also a nice touch. Rowdy Tellez has been hitting like crazy, with a .318 average, 5 homers and 17 RBIs in 24 games in Milwaukee. The fans already love him, as they had in Toronto before his numbers fell off.

Again, I do worry that some other NL teams will outmatch them as the postseason begins, but they have a lot to work with, especially in terms of pitching. The trick will be finding a way to outhit them.

Coming Tonight: The closer for, yep, the most-hated team in the bigs...still.