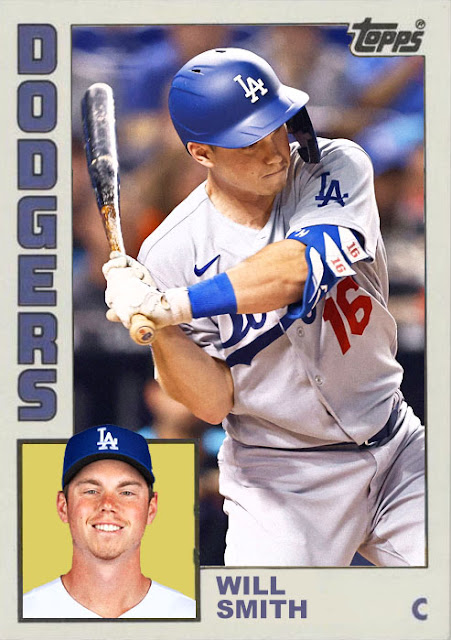 We're about to enter the final month of the season, and the narrowest divide between a 1st place team and a competitor in that division is between the Giants and the Dodgers. 2.5 games is all that separates two of the biggest teams of 2021. And we're about to enter a deep tussle for first.

The odd part is that the Giants haven't exactly cooled down much in the past few weeks. They've lost a few games, but they've also still had big chunks of win streaks and are a bit more consistent than they were in late July. The Dodgers, though, have only lost 5 games all month. At one point, they had a 9 game winning streak going, against the Mets and Pirates. They also just completely swept the Padres, pulling them further out of contention and letting the Reds slip further up to the wild card spot.

So while the Giants are the better team right now...the Dodgers are the hotter team right now. And if I've learned anything watching this game in the past decade, it's that momentum always beats talent.You can have the best team on the field and you can still be swept by someone who bites onto the leverage at the right time.

What's making the Dodgers so hot? Well, Betts, Muncy and Seager are all healthy and playing well. Walker Buehler's having a Cy Young caliber season which, if it keeps going at this rate, will usurp Zach Wheeler's case fully [dammit]. Max Scherzer's been unstoppable since joining the Dodgers, with 4 wins and 41 Ks in 5 appearances. Trea Turner's also doing pretty well, hitting .300 with 23 hits in 19 games and 7 RBIs. And Will Smith is having his strongest year to date, with a 3 WAR, 21 homers and 62 RBIs.

I do hope that Kershaw comes back relatively soon, because Buehler-Scherzer-Urias-Price-Bruihl isn't exactly glamorous [though this is what happens when one of your chief starters gets hurt in April and another one gets bounced due to a domestic abuse scandal]. But this is another exceptionally strong Dodgers team, with lots of depth, lots of different heroes, and lots of people who can shine in the postseason. It's gonna be tricky to make it back to the World Series, but with the right momentum, anything's possible.

Coming Tonight: Exhibit like J that getting out of Philly yields the best results.