Mets Call the Whole Thing Off 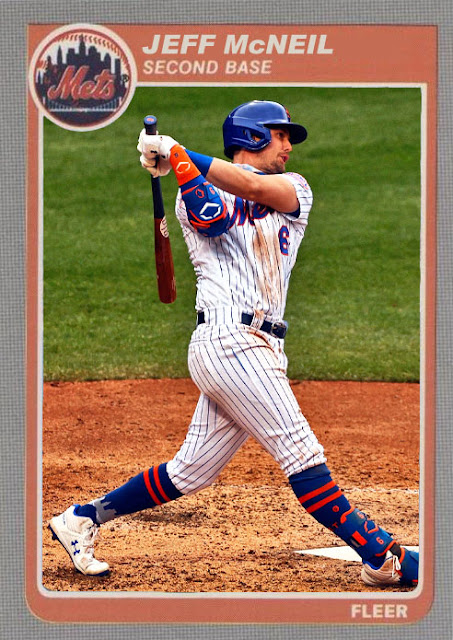 Last year the Mets had one shortstop who didn't hit for average. Now they have two. What a difference a year makes.

The Mets are now in third, having been lapped by the Braves and Phillies. This is a position they are no stranger to, but typically they work up to it. Now it's a downgrade, having spent most of the season in first.  The big downfall for the Mets were that the two big dealbreakers, Jacob deGrom and Francisco Lindor, got injured, nowhere close to the team-wide injury that the team could withstand. Now Javier Baez is up in Lindor's place, and he's not hitting for average. And without deGrom, the Mets' rotation has Marcus Stroman and Taijuan Walker...and not much else, even if Carlos Carrasco has been impressive in his first few starts.

And the rest of this team is just kinda...getting by. Nimmo, Alonso, McNeil and Conforto are all doing well, but not earth-shatteringly well. J.D. Davis and Brandon Drury are doing well off the bench. Edwin Diaz, despite his usual New York issues, still has 23 saves. Castro, May and Loup are an excellent bullpen combo. But since the deadline this team has been sinking fast, outmatched by a lot of competitors, especially within the division. With the Phillies coming back to earth a little bit, and the Braves in the midst of only a slight come-up, it's still anyone's division.

But now, more than ever, the Mets' flaws have been illuminated, and they're less of a divisional threat without the momentum. So either one of two things is gonna happen. Either they do retain the division, nab a playoff spot and go in like they were supposed to, or they stay in third, and for the umpteenth year in a row play the spoiler in this division, and in being good enough to be better than most non-competitors, they'll be able to knock out a lot of NL Wild Card hopefuls, and crown the NL East division winner by beating all the losers.

Either way, I'm probably not gonna be happy with the Mets at the end of the season. Again.

Coming Tonight: A former Met who already knows he's not making the playoffs.