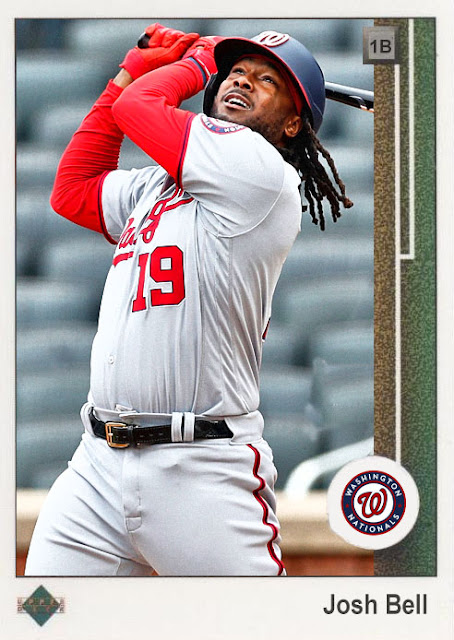 So, let's see...of the Nats' official proposed Opening Day lineup, only 3 players remain- Josh Bell, Victor Robles and Juan Soto. Everyone else that the Nationals have relied on for positions is gone, either via a trade or a suspension. So now the team is down to people like Yadiel Hernandez, Tres Barrera, Alcides Escobar, and somehow still Carter Kieboom, to keep them afloat until the end of September.

It's going to be tricky.

It's especially gotta be tough for these guys who stayed behind. Juan Soto is still elite, he's still an all-timer player...and now he's stuck on a fourth place team that nearly everyone else of note has left. Yes, he's only 22, so he's got plenty of time to spend on the game, but is he gonna be stuck on the Nats as they rebuild, and sink further into the ground? Cause Victor Robles is mostly alright, and Josh Bell, while better in July than he has been all year, is still only hitting .250. Yes, he's pulling good numbers, including 17 homers, but I don't know if 2019 Josh Bell will show up in Washington.

The rotation is now a struggling Patrick Corbin, Joe Ross, Erick Fedde, Paulo Espino, and the newly-acquired Josiah Gray, who went up against the Phillies last night and...sort of held his own? Like his Dodgers starts, it's hard to tell if he's going to make anything of this, or if he's gonna be a pitcher of note for the Nationals. Ross may have to carry this team for a little bit, as he has the closest to solid numbers of most of this rotation. And now without Hand and Hudson the team seems to be moving towards Kyle Finnegan as closer? Sure.

The bottom line is that this team hasn't been this depleted since the early part of the 2010s, back before Harper and Rendon and Turner even popped up. And just like then, Stephen Strasburg is an organizational factor, but we're back to his injury-plagued days again. I have no idea when this team will be able to completely come back, because we're stuck with people like Barrera, Kieboom and Gray who are good placeholder pieces but not exactly competitors yet.

Sucks that we're back here with Washington, especially so soon after the ring. But if this is what it takes to make this team younger again, then so be it.