You've stomached enough buildup, enough honorable mentions. Now, finally, here's the 10 trade deadline deals I liked the best this year. There's an obvious #1, I tried to take my bias out of it. Here we go. 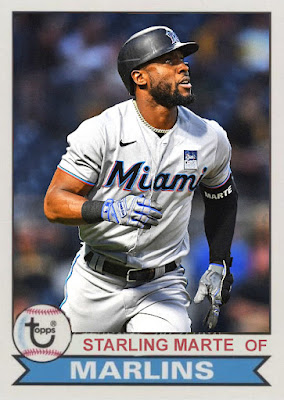 #10- Starling Marte to the A's, Jesus Luzardo to the Marlins
I suppose Marte's big trip to Miami didn't last over 11 months. So much for that. So Marte joins an outfield with Ramon Laureano and Mark Canha, and be an upgrade for Stephen Piscotty. He's having an excellent season, is hitting for average and matching career numbers, and will add even more presence and experience to the Oakland lineup. He might be the x-factor that gets them back to the playoffs. Also, Luzardo in Miami could be cool, and he could really flourish in that rotation. 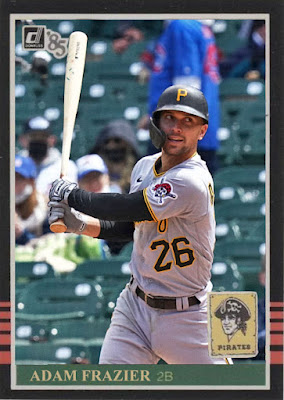 #9- Adam Frazier to the Padres, Tucupita Marcano et al to the Pirates
Like the Eduardo Escobar deal, this one was slightly disappointing to me because I'm not sure that the team that got Adam Frazier really needed him. If anything, he adds flexibility. Frazier can get reps in the outfield, at 2nd, or wherever, and they can use him and Jake Cronenworth really flexibly. Also...hits leader in the lineup with Cronenworth, Tatis and Machado. That's pretty damn good, I guess. So this is a pretty good move, and gives the Padres good odds, despite missing out on a pitching piece. 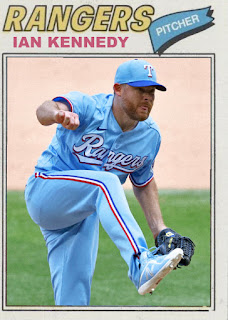 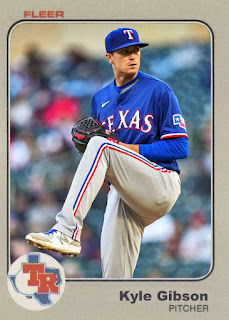 #8- Ian Kennedy and Kyle Gibson to the Phillies, Spencer Howard and prospects to the Rangers
I got Roy Oswalt flashbacks here. Gibson's having a great season, he's in his 30s, and he's playing in Texas. He's also the fourth piece of a rotation that to date had been a solid 3 man group. Now he gets to jump in on the fun and go crazy with Nola, Wheeler and Eflin. Plus, Kennedy is a HUGE bullpen piece that could close games, or...if Joe Girardi wants to REALLY play games...maybe start in place of Vince Velasquez or Matt Moore? It's a crazy thought but who knows? And also, Spencer Howard wasn't working in Philly, so maybe he can team with Dane Dunning and Kolby Allard and make a discarded prospect hydra or something. 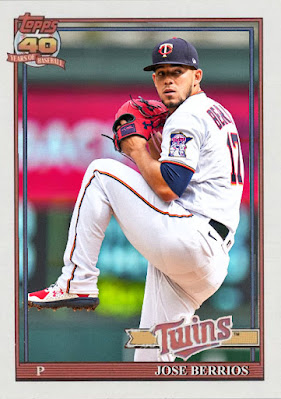 #7- Jose Berrios to the Blue Jays, prospects to the Twins
Like the Frazier deal, points deducted for the fit. The Blue Jays are trying to make a postseason push without enough of a postseason case, other than 'why not us?'. So yes, Jose Berrios does provide a nice missing piece for them in the rotation, could be there for a few more years and help Ryu and Ray intimidate AL East batters. I just don't know if he's their way to the postseason, cause it took him a while to really find his groove this year. Maybe it was the Twins climate, but...I'm just not fully convinced yet. Still, this provides a team ace to a team with two already, so good on the Blue Jays, I suppose. 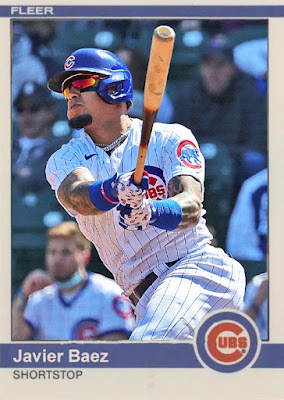 #6- Javier Baez, Trevor Williams to the Mets, prospects to the Cubs
If Francisco Lindor hadn't have gotten injured, would the Mets have made this deal? They're gonna be paying Lindor for a decade, he's finally heated up and is playing well. Why get Baez as well? To be the best. This move gives them a leg up on the competition, and allows flexibility with Jeff McNeil, J.D. Davis and Luis Guillorme. Baez is no longer the contact hitter he was, but he's still very fun, and very nasty at the plate, so that energy in Queens should bear fruit for the Mets. I'm a little hesitant as to how it'll affect them post 2021, but...it still makes them a playoff threat, I suppose. 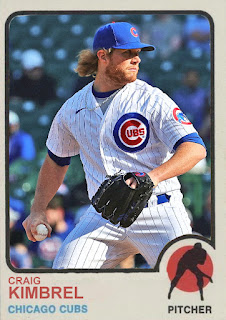 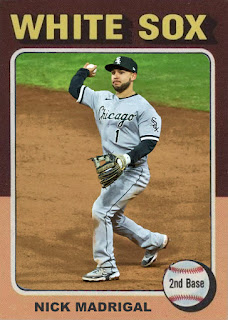 #5- Craig Kimbrel to the White Sox, Nick Madrigal and Codi Heuer to the Cubs
So...this is genius on both levels. Nick Madrigal was the future 2nd baseman for the Sox, got injured, is now stuck behind Cesar Hernandez. On the North Side he's got a position all to his own essentially, and can be there for 10 years and achieve great success. Heuer could also really gel with the Cubs' bullpen and find a place. Then there's Kimbrel. Putting him and Hendriks in the same bullpen is dangerous. I don't know who's taking the ninth more often [probably Hendriks], but I don't wanna go against either of those guys. That is scary as hell. I think that gave the White Sox even more of a leg up going into the playoffs, because they can use either one in a save situation or just in relief. Kimbrel's still awesome, he'll be awesome on the South Side. 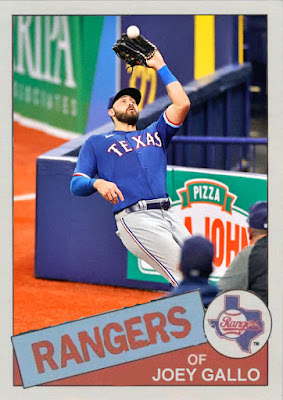 #4- Joey Gallo and Joely Rodriguez to the Yankees, prospects to the Rangers
This one floored me when I heard. Gallo is the outfield bat my team was looking for, and though his high-strikeout habits fit into this team more than I'd like to admit, he adds pop and talent that we needed in Hicks' absence, and having him and Judge together is pretty scary. Rodriguez is also a good bullpen piece that could work for us, and keep us from having to use Nick Nelson. It strengthens a team needing strength, it's that simple. 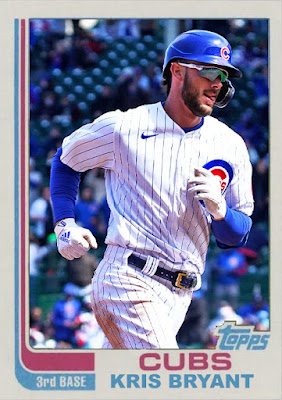 #3- Kris Bryant to the Giants, prospects to the Cubs
This one makes more sense the more I think about it. Kris Bryant this season for the Cubs has shown, more than anything else, his versatility. Playing third base and the outfield, and switching things up when he needs to. So Bryant goes to San Francisco, who could use help at third, in the outfield, and maybe even at first right now. The possibilities are endless. It adds so much flexibility to this team, and without even mentioning that Bryant in that lineup could make the division for the Giants. This is a smart move and I hope it delivers. 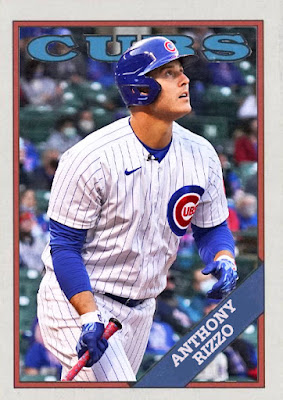 #2- Anthony Rizzo to the Yankees, prospects to the Cubs
Sad to say, but Bryant's teammate got the better deal, in my opinion. Rizzo gives something they've been looking for arguably since Mark Teixeira retired- a sure thing at first base. Luke Voit gave them a season to remember in 2020, but he's been injured and inconsistent recently. The Yankees need a rock. Anthony Rizzo is a rock. He will be a strong piece at 1st, and he's already getting off to a nice start at the plate. Rizzo in New York will be a smashing success, and will give us infield security and lineup heft. It's just a smart move.
But...it was never gonna top the big cheese. I mean come on. How can you? 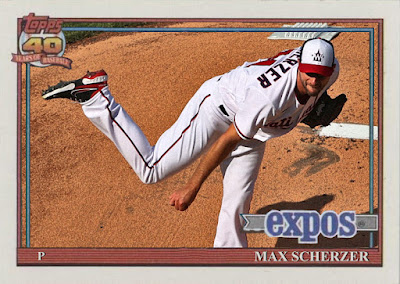 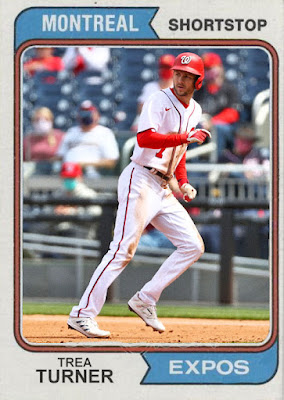 #1- Max Scherzer and Trea Turner to the Dodgers, Keibert Ruiz, Jonah Gray and prospects to the Nationals.
Two years after the championship, the Nationals dynasty is over. Scherzer, Turner, Schwarber, Lester, Harrison, Gomes and Hudson are all gone, in an instant. The Nats want to rebuild. Let them. The Dodgers want into the playoffs. Let them. Scherzer is a replacement for Trevor Bauer, a strikeout artist who won't be an embarrassment in the real world. Turner is a replacement for Corey Seager, a free agent at the end of the year who is currently hurt. Now the infield is the best in the league. And now the rotation, with Scherzer, Kershaw, Urias, Buehler and Gonsolin, is also pretty up there. The big team in the NL just got bigger, and the Giants and Padres just got really, really scared. Buckle up, cause this could be another long run for the Dodgers.
And that's all I've got on the subject of trades. Regular customs come back tomorrow, I'm bushed.
Posted by Jordan at 4:29 PM