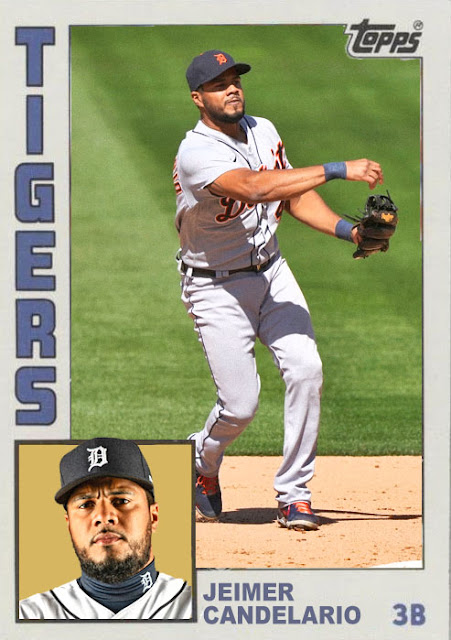 Harold Castro hit a single into right field to break up a no-hitter against the Indians. Which means...Jeimer Candelario, Jonathan Schoop, Miguel Cabrera and Robbie Grossman couldn't get anything done...and Harold Castro could.

This is Tigers baseball this decade. The Indians start Triston McKenzie in peak form, they start Drew Hutchison, who gives up 6 runs in one inning. What can you do?

The good-ish news is that, even after today's loss is taken into account, the Detroit Tigers are still technically a second place team. Which is...an odd sentence to type out loud. Second place teams, the Red Sox, the Dodgers, the Reds...and the Tigers. That fits. It owes itself to how decided the AL Central is right now. It's the White Sox, clearly. Being swept by the Yankees isn't gonna change that, cause they're still amazing and have a playoff spot ready. What do the Tigers have? Uh...they have enough draft picks that are gonna bloom in the next 2 seasons?

It's still very much a mishmash. Casey Mize is a rare pitcher that doesn't rely too much on heat and because of that isn't quite as dominant as other strong pitchers in his field. Candelario, Grossman and Schoop are having good seasons but none are especially complex. Akil Baddoo could be a Rookie of the Year candidate but he's also not very multi-dimensional. Gregory Soto has blossomed into a great closer but the rest of the bullpen is piecemeal at best. Matt Boyd and Spencer Turnbull are still out so the Tigers have to have people like Wily Peralta, Tyler Alexander and the aforementioned Hutchison start games.

There's also a lot of tension on when Miguel Cabrera will hit his 500th home run. He's hit 12 so far this year, but this is also late career Miggy who isn't what he used to be at the plate. So maybe it'll happen in the next week or so? You never know. I think it will happen this season, and that'll be a huge milestone for the big man, who punched his ticket to Cooperstown like 10 years ago but keeps trucking regardless.

That may be the extent of the news that comes out of this Tigers team in the remaining month and a half. Which isn't nothing, but it's still not great.

Coming Tomorrow- A hard-hitting first baseman who is desperate for his team to squeeze into the playoffs, despite the lack of good odds for him.