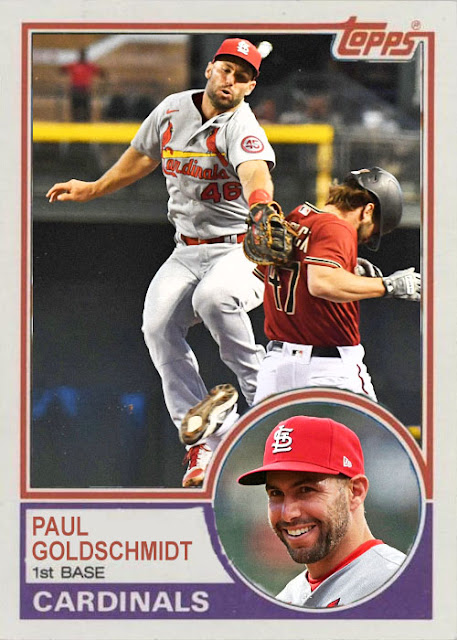 ...The Cardinals have won six straight, haven't they? Dammit...they're doing this again.

You all know the drill at this point. Any season where the Cardinals tank themselves out of contention early, they have to somehow muster the strength to wander back into the conversation in the middle of the second half so that by the time that the season ends, they're in a prime playoff spot. They do this so often it's a wonder that teams continue to not see it coming.

The Cardinals, like the Dodgers and Yankees, have been consistently competitive for the last 13 or so years. There haven't been any truly down seasons for the Cardinals in that period, they've always made a run at things, and they've made 2 World Series' in the last decade, winning one. Since 2013, they've just been hovering around, threatening to go all the way, never quite sticking it in...a lot like the Yankees, honestly. They've gotten close, then gone back to refuel, over and over.

Now they have a pretty well-running farm-grown youth movement, led by Tyler O'Neill, Jack Flaherty, Harrison Bader, Dylan Carlson and Tommy Edman, and two huge contract pieces in Paul Goldschmidt and Nolan Arenado. And they're still in third, behind the Brewers and Reds.

It's certainly not due to lack of trying, that's for sure. Goldschmidt has 18 homers and 67 RBIs on the season, and is still doing really well at the plate, but compared to his peak numbers in Phoenix, he's just...sort of getting by. Same with Nolan Arenado, who's having a fine season, but nowhere near the late-2010s high point for him. The rotation has dealt with tons of injuries, and the sole constant has been Adam Wainwright, who is in great condition for a 39-year old. J.A. Happ has been a solid replacement presence, but Jon Lester is still struggling.

This team, and this lineup, is good, but I don't know if it's going to be enough this year, streak or no streak. Even if they can get past the Reds, they still need to fight to squeak through the Padres or Dodgers, and I don't think they can do that. So all they can really do is finish the season over .500, and, once again, rebuild in the offseason.

Coming Tomorrow- The Astros traded him to a competitor and he responded by locking in at the plate in a way he never could for them.