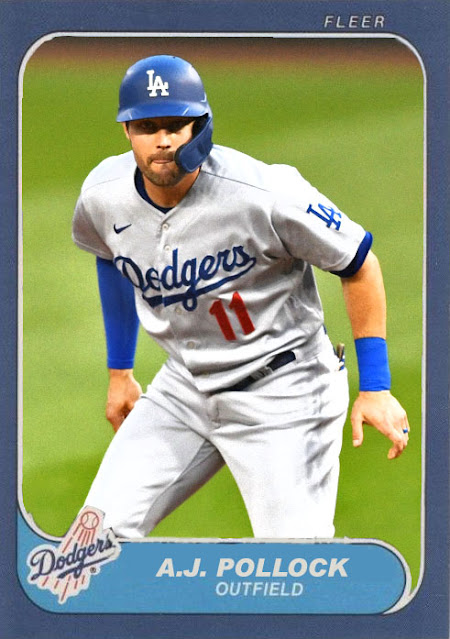 When the Dodgers got A.J. Pollock in 2019, they expected him to be a major player in the team's outfield, taking his expertise from the Diamondbacks and applying it to a larger market with higher stakes. In reality, the thing that Pollock always did with the D-Backs, get injured, happened in 2019, and the Dodgers used Pollock as a backup outfielder and DH in 2020.

But now that a space became open for Pollock, thanks to injuries to Cody Bellinger and now Mookie Betts, Pollock began doing what he did best in Arizona- making contact.

July was an absolutely huge month for Pollock, as he hit .375 with 7 homers and 13 RBI. He's been hitting .457 so far in August with 9 RBIs. And he was pretty good in 9 games in May also. Pollock is as hot as hell right now, and aiding the Dodgers in every way he can. Considering that Bellinger and Betts have not been as consistent, or healthy, as the team has wanted, Pollock stepping up has been a godsend for the team, and he's had one of the most improved seasons of anyone on the roster that isn't named Muncy.

Pollock has added nice flexibility to the roster as well. Now that Seager's healthy and Trea Turner's with the team, they can use Turner in the outfield, or Taylor in the outfield, and keep moving things around like that. With Taylor, Turner, Muncy and Smith still strong, the lineup can be flexible if it keeps being strong, and if it keeps mixing the power hitting with the contact. Scherzer and Price are now in the rotation fully, and Mitch White has been taking some starts, so that flexibility is also working, and will be equally important when Kershaw returns.

Again, the only downside to this Dodgers team is that unless the Giants somehow entirely lose steam in the next few weeks, their route to the playoffs is going to have to be the wild card spot. Which isn't a huge problem, they've advanced to the Series from that spot before. But I don't know if they'll be able to get past the Giants, as well as the potential of playing the Padres in a wild card scenario. The Dodgers are capable of great things, but it is possible that they could just be outmatched on several fronts this year. A sad reality, but one worth taking into account.

Coming Tonight: It took him a bit to master pitching in the Bronx, but once he got the hang of things, he began one of the sole bastions of hope for the rotation.