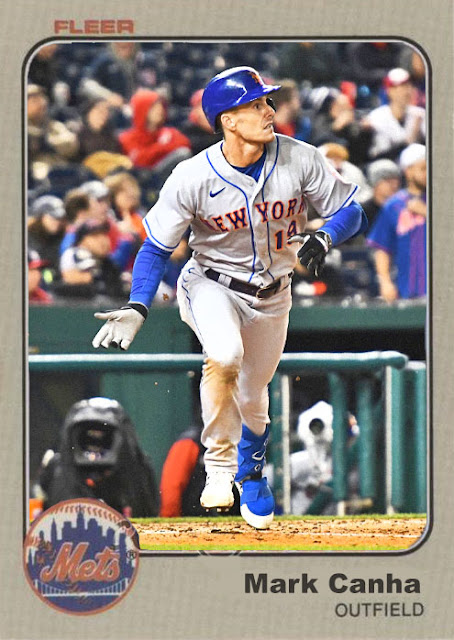 When the no-hitter happened, I could understand it. It's been 10 years, it's a very big deal, especially against a division rival, it's worth celebrating. I get it. But...the Mets are one of the best teams in baseball right now. Most of this team is playing on an elevated level. They're already coming off like an alpha, which is rare for this team. If they're gonna gloat, now is the time to do it.

The Mets...oh my gosh this team. EVERYBODY'S HITTING. EVERYBODY'S THROWING WELL. IT'S UNIVERSAL. This is a team without Jacob deGrom or Michael Conforto and they're still insane. Max Scherzer is 37 and he has 42 Ks in 5 starts. Alonso-McNeil-Lindor-Escobar is a strong hitting infield across the board. Mark Canha's hitting .338 with 22 hits in 19 games. Starling Marte has 18 RBIs and 4 stolen bases. Tylor Megill, Chris Bassitt and Carlos Carrasco all have low ERAs and 2 to 4 wins each.

Like, you have to look really hard to find things wrong with this team. James McCann isn't hitting for average, but he still is a really good defensive catcher. J.D. Davis isn't as well-rounded as usual, but he can still be a perfectly serviceable DH. Taijuan Walker got lit up by the Phillies the other night, but those were his first earned runs of the year. Edwin Diaz is Edwin Diaz, but he still has 5 saves. Everything's coming up Flushing right now, and I can see why the Mets fans are so happy. There's no despair? There's no ninth inning comebacks?

I get why the Mets fans are waiting for the other shoe to drop, but these are pretty good looking shoes.

Right now the nearest competitor is 4 and a half games away, and the rest of the division is lots and lots of okay teams doing okay things. The Marlins have a good week, they drop some to Arizona. The Phillies have a good week, they drop two to Texas. The Mets have stayed on top since the season began, and are still looking mighty good. Maybe you'll see some cracks in this Phillies series, but unless something catastrophic happens, I think they'll be looking this good for a while.

Coming Tonight: A man with a stache trying to save his team from going too far under.