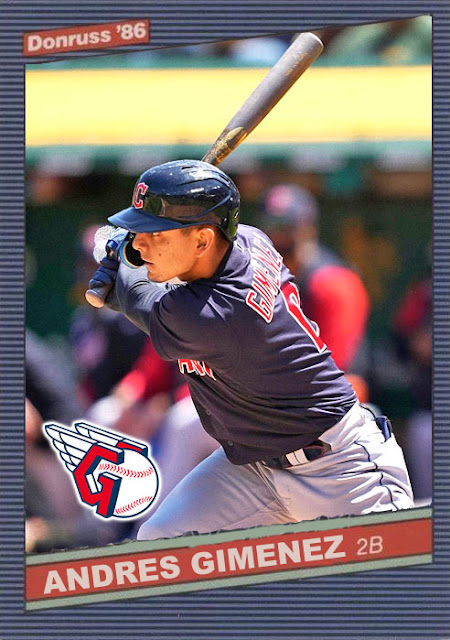 With all the excitement and frantic energy of the first month of Guardians baseball, it was only a matter of time before things kind of balanced out, and the Guardians are now having a perfectly okay go of things.

And you know, I get it. Steven Kwan and Owen Miller had great starts, Richie Palacios got off to a great run after coming up, Jose Ramirez was ruling the MVP conversation. Now it's just...you know, somewhere towards the middle. Great players, not-so-great players, they're in 3rd behind the White Sox at .500. The Guardians honestly didn't have a ton of pressure going into this season, even with Ramirez re-upping. They had a quieter offseason, they focused more on call-ups, they were expected to come in, like, 4th, and they've been a modest competitor around 3rd all year. Fine. Great.

With the pressure down, you can actually appreciate some of the prospects coming into their own. Andres Gimenez, whose 2021 was a disappointment due to recovering from the trade from New York, has been having a fantastic year, hitting .288 with 20 RBIs. He's only 23, so to have a hiccup year early enough is healthy, and now he's an amicable double play combo with the guy he was trying to replace in Queens. Triston McKenzie is also coming fully into his own, with a 2.70 ERA, less emphasis on strikeouts, and a 0.900 WHIP. He's found the control he's been searching for since 2020, and he's leading this rotation by example, as Cal Quantrill, Shane Bieber and Zach Plesac all have comparative down years right now.

The Tribe is also seeing some other recent struggling prospects find themselves, like Eli Morgan and Sam Hentges, who are both doing a lot better in middle relief than they did as starters last year. There's the aforementioned Owen Miller, whose .270 average and contact maneuvering have finally answered the Guardians' burning 1B question since Santana left. And the Guardians now have a new Oscar, Oscar Gonzalez, who looks to replace the other one in right field.

Honestly, all of this development stuff and young players figuring stuff out is a lot more promising stuff than I thought we'd be getting in Cleveland this year, so even if they're kinda okay for most of the year, which they could be, it's a better alternative than a full rebuild year where everybody sucks for a while. I'm hoping for good things from them, even if it may be hard to get past the White Sox in the end.

Coming Tomorrow- He could have stayed for the revolution in Toronto. He could have re-upped and been a contender in Queens. But no...he's in Chicago.