Salt of the Murph 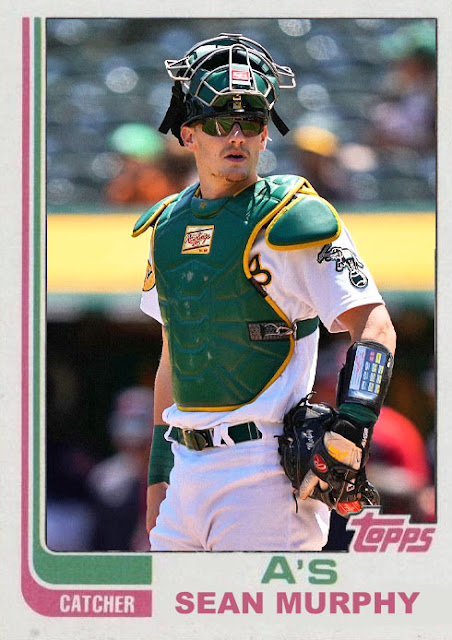 With all the impressive gameplay going on in the AL West right now, you can't blame the A's for being out of touch comparatively. All this talk about Julio Rodriguez and Taylor Ward and Jeremy Pena. Meanwhile, the best players in Oakland are two pitchers with long red beards and a guy named Sheldon. They're basically the Amish.

I mean, it's apt. The other four teams are doing all these advanced things, the division has advanced far enough to allow for a competitive Angels team, and the Athletics are just...getting there a lot slower. The stadium still has fingerprints from 1965. Jed Lowrie's 38 and he's being relied upon in a major role. It's very much a different expectation with this team. The odds are they're probably going to lose 100 games and fall on their face while doing so, just two years after winning playoff games and contending for a spot in the ALCS.

The goal is just to make sure they can establish enough of a core group so that not everything about this team has to be washed away when it's over. I imagine that a lot of the replacement players aren't gonna make it, and some of the carry-over standouts like Sheldon Neuse, Seth Brown and Tony Kemp might get dealt in July. But if people can stick around til the next competitive A's team, then it'll all have worked out.

But, looking over this team, who would that be? Sean Murphy? Murphy has sort of backed himself into being one of the longer-tenured A's on this team, even if he's only 27. He's not hitting for average, he's only a decent defensive catcher, and he's leading the team in strikeouts. Chad Pinder is hitting .250 but only has 11 RBIs. Ramon Laureano has eyes upon him after serving his suspension and he's only hitting .174. Even if Laureano-Pache-Pinder is a pretty awesome defensive outfield, there aren't a lot of offensive perks to it, especially since Cristian Pache STILL can't hit.

So far the standouts have been bit players, like Kevin Smith, Nick Allen and Luis Barrera. Of the starters, oft-optioned Paul Blackburn is doing the best of everybody, with a 1.67 ERA and 4 wins, while former prospects Daulton Jeffries, James Kaprielian and Cole Irvin aren't doing too badly either. The biggest surprise of this team has been Dany Jimenez coming out of nowhere to become a truly unhittable closer, and I hope he keeps it up.

I'll admit that the fun of this team is watching the spare parts come forward and have big games, but that's really the full extent of it. There's no true heroes for the A's, and it's just a 'wait for it to come together' kind of club, which is fine...but the A's have had a lot of those recently.

Coming Tomorrow- Two seasons after his call-up, a prospect takes command of a low-end roster.