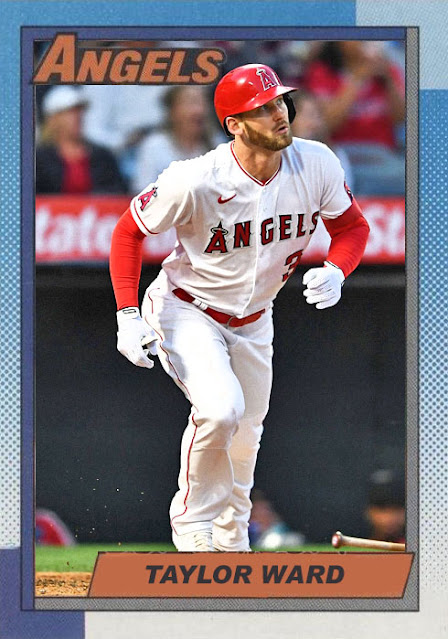 It couldn't be going better for the Angels right now. Trout's hitting! Ohtani's hitting and he's pitching well! Syndergaard's healthy and on fire! Walsh is hitting homers! Velasquez and Rendon are great defenders still! Reid Detmers just pitched a no-hitter! And Taylor Ward, who the Angels have been waiting to develop for 3 years now, is finally playing like a pro, hitting .367 with 17 RBIs and 7 homers.

Ward really unlocks the last piece of the puzzle for the Angels. There's always been a lot of power hitting on this team, a lot of great defense, a lot of contact hitting. In David Fletcher's absence, Ward provides a contact hitting outfielder who can also hit for power. And that gives us an outfield of Ward, Brandon Marsh and Mike Trout, all of whom are playing very well right now. Trout, at 30, is hitting .339 with 9 homers, and seems like he wants another MVP.

The only real issue with the lineup right now is that Suzuki and Stassi are both injured, so they've had to wheel in Chad Wallach and Austin Romine, and neither is fully to the level of the first two. Either they're gonna ride it out with Wallach or they're gonna trade for somebody's backup. Or maybe they'll do what everybody else did last year and sign Jonathan Lucroy for 3 games.

The pitching is pretty smooth right now, thankfully. Ohtani, Syndergaard, Sandoval and Detmers are pretty awesome right now. Michael Lorenzen has surprisingly been pretty strong as a starter, and though the ERA is in the 4-zone, he's seemed to be in better shape than he has in a little bit. There's also a ton of depth in here, like the fact that this is all happening while Griffin Canning is injured, and Jhonathan Diaz is just...there for a call-up whenever the need arrives. The Angels' rotation hasn't been this strong in years, and I'm glad it's this year that it's happened.

Pretty much everyone on this Angels team is playing well, and they're riding a ton of momentum into some easy division series' against lower-tier competitors. I am so excited to see this team finally at a competitive level, and I hope they can keep it up and get Trout and Ohtani to the postseason.

Coming Tomorrow- The Padres are trying to make a power move over the Dodgers, and they're doing it with the help of a former #1 draft pick that's finally blossomed.