Every Which Way But Goose 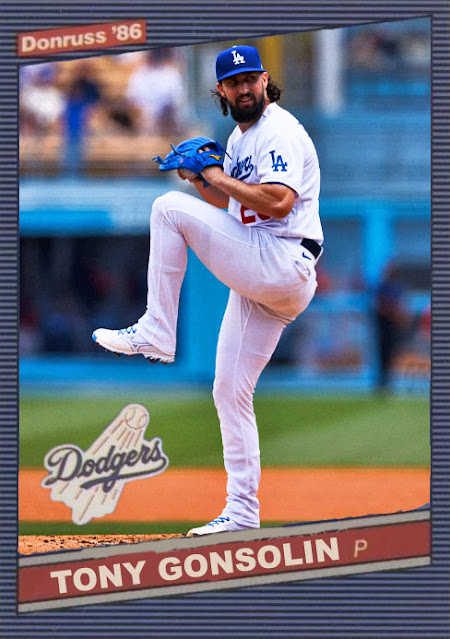 You can understand why I was concerned for Tony Gonsolin's employment.

Currently signed as Dodgers starting pitchers, as of right now, are all of the following: Clayton Kershaw, Walker Buehler, Julio Urias, Dustin May, Trevor Bauer, Tyler Anderson, Andrew Heaney, Danny Duffy, David Price and Mitch White. That is enough room for TWO great rotations. That is a lot of pitching talent on one team. So if you're a relatively normal funky-windup fireballer like Tony Gonsolin, you're thinking you've got a long line to wait on.

Now it becomes clear why Tony Gonsolin is killing it so far. This is a pitcher who has gotten chances in the last few seasons, but has always been a backup choice, and is always the first guy to be handed back down to the minors. And he knows it. Despite having a 2.68 career ERA, Gonsolin is not the name guy that a lot of the others in the rotation is, and he knows that if he doesn't absolutely kill it right now, he could risk either getting demoted or cut. So far, Gonsolin has a 1.64 ERA, 2 wins and 18 Ks. Stats-wise, he is doing better than even people like Buehler and Urias, and he has even gone late into a game with a no-hitter this season. Gonsolin has picked the exact right time to catch fire, and I really don't think he'll be the one that gets knocked down once somebody gets activated again.

The Dodgers themselves are doing pretty damn well. The core of Trea Turner, Freddie Freeman, Cody Bellinger and Mookie Betts is one any team would want any day of the week. Kershaw is turning in a legendary caliber year, and he can still go way beyond 5 innings a start. Kimbrel is a decent enough choice at closer, though some people have pointed out that due to the increase in blowouts, the team hasn't especially needed him. And Gavin Lux has finally matured into an excellent defender in the infield.

I know that this is a pretty tight division, but the Dodgers have come off really strong in the first quarter of the year, and could have enough to hold off competitors. That is, if the competitors will let them.

Coming Tonight: A current saves leader that is either for real or just having a good year.