Belli of the Beast 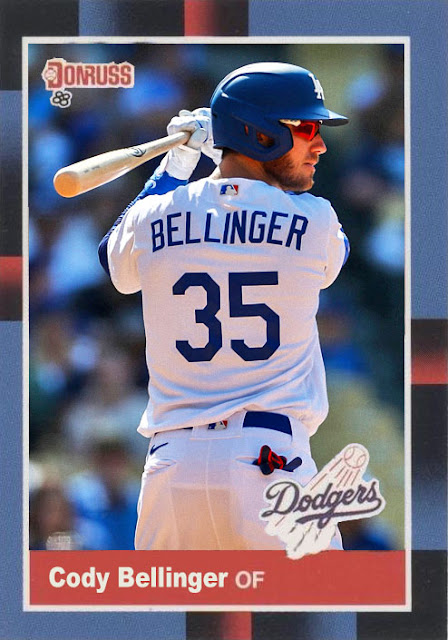 I just think that if by 24 you have an MVP, a Rookie of the Year and have been to two World Series', your standard for greatness changes a little bit.

The thing about Cody Bellinger's last few seasons is that nobody was saying 'oh he's cooked'. It's more like 'oh, he has time to have seasons like this.' He came up at 21, which is rare for MLBers these days, had success almost right off the bat, and then had an explosive 2019 with 47 homers and 115 RBIs in the year that Rob Manfred has said that he juiced the balls a bit. Then in a COVID-shortened season he hit .239 and last year he couldn't even hit for average. The game changed, he had to keep up, and he had time to keep up.

Which should explain why his age-26 season is going better. He's a bit more comfortable, he's not relied upon as much, and he's not even at the period where most MLB players are fully in their prime. He knows the pressure's off, so he's hitting a ton better, and has a 1.1 WAR as of now, with some impressive defensive work lifting him as well as his recent offensive improvement. As of now, Bellinger only has 5 homers, but I don't think it's for lack of trying- the balls are harder to hit out, Bellinger lacks the homer-or-bust mentality of his earlier career, and he's still warming up. I reckon he'll hit 25 or 30 this year, and then next year he'll chase the big guns again.

Bellinger is just another one of the many intriguing pieces of another great Dodgers team. It should not surprise you that Mookie Betts, Freddie Freeman, Trea Turner and Clayton Kershaw are the most efficient pieces so far, but great years are being had by Gavin Lux, Tony Gonsolin and, honestly, David Price. This is a team mixed between contract wins and curious farm system prizes, and they're all learning to coexist and play great baseball together. Kimbrel has 9 saves, Tyler Anderson and Andrew Heaney can start competently, and DHing Muncy has become a very, very good idea [motions to Sunday].

On this Dodgers team, with this kind of efficiency, Cody Bellinger can have a comeback year. It remains to be seen how his peak years will go.