Are We Still Underestimating Manny Machado? 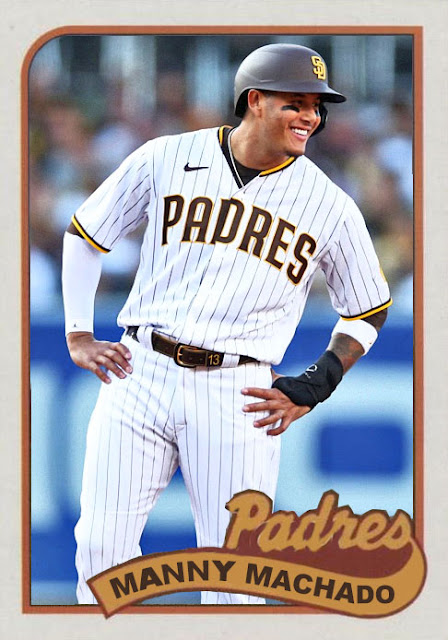 2022 marks the 10th anniversary of a young kid named Manny Machado bursting onto the scene in Baltimore. I saw him his rookie season, already I could see tremendous promise and insane contact ability. I think I've seen him 3 other times since, twice as an Oriole and once as a Padre, and...yeah. There is something to the kind of player that is just tremendously good at baseball for 150 games a season without causing much of a fuss.
So, let's...analyze this a little. Manny turns 30 this year. To this point, in 11 seasons of play, he has accumulated 255 home runs, 1457 hits, 766 RBIs, a 47.3 career WAR, and an average 5.8 WAR per 162 games.
....yeah, that's some pretty good stats, man.
I think that, for an initial career run, considering that there's some still some peak years left to go, that's pretty exemplary. Manny Machado is one of the rare players these days to actually come up in their early 20s and actually make the most of every second of their career. Now you have people having a strong early come up, being pathetic for 3 years and hitting a second wind at 25 or something. Manny did not do that. 2015, 22 years old, he's up there with the best of them charming the world. Once the Padres deal happened, he could have buckled under the pressure of a high contract or he could have continued at the same pace, and he pretty much continued. 2020 he was in the top 3 NL MVP voting, last year he was an all-star with a fantastic second half, and now he's hitting .386, leading the league in hits with 32, and already has 15 RBIs. The man has a 2.2 WAR already. It hasn't even been a month of play.
What's even better is the fact that Machado was signed to be a central star figure for the burgeoning Padres market and that's exactly what's happened. The fanbase and the team have rallied around Machado, and he's taken Tatis under his wing [through it all] and built him into the star he's become. Even now without Tatis, Machado has been running the team handily, anchoring the lineup, and helping prospects like C.J. Abrams and Mackenzie Gore come up and come into a great community. The Padres have been succeeding in some odd places, like veteran support [HOSMER'S HITTING] and bullpen, and even if some starters have been shakier than others, there's still a very well-organized core and that couldn't have happened without Machado.
I don't quite know where the Padres fit in quite yet, with lots of pieces still sort of out of order, but I do think having Machado this on is a definite plus that might get them further than they would have otherwise.
Coming Tonight: In the wake of John Means' injury, the void was filled by a Maryland native. He ain't bad, either.
Posted by Jordan at 8:22 AM
Labels: Custom Cards, Manny Machado, Padres