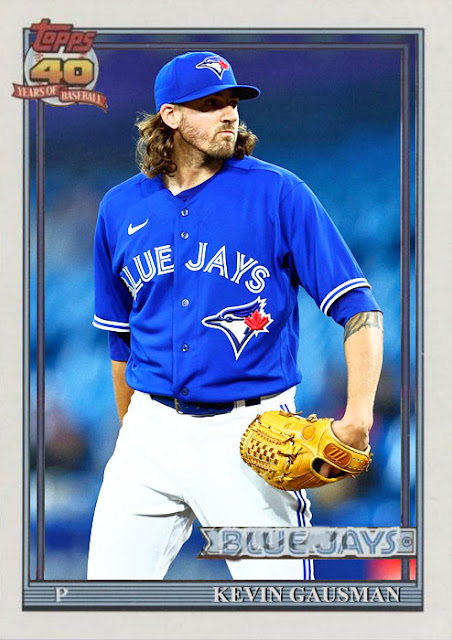 Prior to the season, the Toronto Blue Jays, in an attempt to combat their AL East adversaries after missing the playoffs at their expense, decided to sign three starting pitchers. One of them, Jose Berrios, was being re-upped after the trade last July. The other two, Yusei Kikuchi and Kevin Gausman, were free agent signings. As a full rotation has always been hard for the Jays to come by, this move was made to give them a wider arsenal, and to supplant homegrown or preexisting arms like Hyun-Jin Ryu and Alek Manoah.

Let's see how they're doing:

-Kevin Gausman is having a season very much in the same vein as his Giants numbers, which was one of the main make-or-break points of this plan working. Kevin Gausman was excellent in Baltimore, and San Francisco, but for some reason he went absolutely dead in Atlanta and nearly derailed his entire career with an awful start there. Like a lot of pitchers, Gausman's success is regional, and he can't always perform in big, pressing markets. So I didn't know if Toronto would be the best market for him, but...apparently he's been flourishing there, with a 2.52 ERA and 57 strikeouts in 8 starts, a start only dwarfed by Alek Manoah's. Gausman is a smashing success already and is getting some Cy Young buzz. In May. That's...very good.

-Yusei Kikuchi, signed after a great year in Seattle last year, is proving what I kinda knew, that his 2021 was the nth degree of his promise and not indicative of his promise in general. So far he's done alright. 2-1, 3.57 ERA, 40 Ks, nothing too fancy but I'm sure the Blue Jays are glad they have him around. Plus, with Hyun-Jin Ryu finally pitching like a 35-year-old, Kikuchi is providing some international appeal and dominance in the absence of the beloved Korean Monster.

-Jose Berrios, re-signed in the nick of time as the Jays wanted Berrios as an ace, is still struggling a bit. Berrios is working with a 4.75 ERA, a 3-2 record, 35 strikeouts and a 1.437 WHIP. Though he had great numbers for the Jays last fall, he just seems to be having a shakier start so far, which is fine. I mean, he's 28, still in his prime, still capable of big game moments, but it's maybe just not his best year in general. If the Jays didn't have Manoah, Gausman, and Kikuchi doing better, I'd be more worried. I just think he'll make up some ground in the next few month. Remember, June is coming up, and the Jays always do well in June.

So...not perfect, but pretty good. I'd rest my head on a rotation like this, even if Berrios and Ross Stripling leave a bit to be desired. I can't imagine the Yankees having to take on Gausman or Manoah right now, especially during what I can only assume is their obligatory slide.

Meanwhile, Bichette and Guerrero are heating up, Alejandro Kirk might finally have the starting catching spot, Springer is valuable, and this team is slowly gearing up for some major damage next month. I just hope that the Yankees don't choose June for the moment where they fall apart, because a Jays comeback is all but inevitable.

Coming Tomorrow- He has a World Series ring, but why's his team still struggling to stay out of fourth?