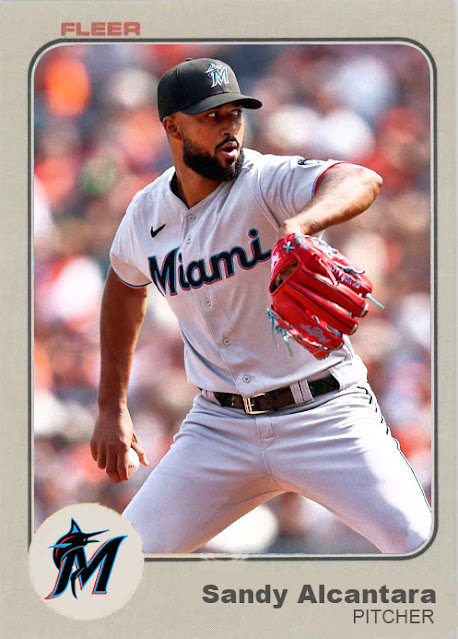 Even before the Kim Ng era began in Miami, this team was covertly making some really cool moves to build themselves a great team over time.

Everyone's talked about the multiple deals that broke up the mid-2010s lineup, the Stanton deal, the Ozuna deal, all that, but even besides those, you have the Marlins trading David Phelps to Seattle and gaining Pablo Lopez, you have them flipping Zac Gallen for Jazz Chisholm, and you have Ng convincing the Rays they have too many infielders and nabbing Joey Wendle for a prospect. Most devious of all, the A's only got 2 months out of Starling Marte before he signed with the Mets, while the Marlins got Jesus Luzardo, who's been a surprising strikeout machine so far for the Marlins.

What I'm saying is...this team can make big, team-altering moves while you're not looking. And then all of a sudden they're in 2nd place and you're not.

I don't particularly think that this team will be this high in the standings all year, but look how they've been playing recently. They won 7 in a row to end April and are just coming out of that high. I suppose it helps having a good rotation at last, with Sandy Alcantara, Jorge Lopez, Jesus Luzardo and I suppose Elieser Hernandez all doing what they're supposed to. Lopez has a 0.39 ERA, Alcantara and Luzardo are 2-1 with at least 25 strikeouts, and pretty much any guy you pick, you're gonna get plenty of innings. The bullpen is similarly strong, with Cody Poteet, Louis Head, Cole Sulser, Anthony Bass, Steven Overt and Anthony Bender in the ninth all delivering stone-faced consistency. I never thought Bender would end up as a closer but he's been great so far.

Here's what worries me about the lineup, though- I came into this season thinking the heart of this lineup would be Miguel Rojas, Jacob Stallings, Avisail Garcia and Jorge Soler. None of them are hitting. Rojas, who is usually a contact machine, is hitting .164 with only 10 hits in 17 games. The man who is doing a lot of the power hitting for the Marlins right now is Jazz Chisholm, who is known more for his contact abilities. Garcia and Soler are striking out quite a bit. Jesus Aguilar only has 1 home run. This could be going a lot better lineup-wise, so the fact that the contact hitting is working is a very, very good thing, and could be the difference between a fourth place finish and a third place finish.

I don't know if they'll still be above .500 in a few weeks, but I'm sure whatever the case, it'll be interesting to talk about.