Have You Ever Been This Lopez 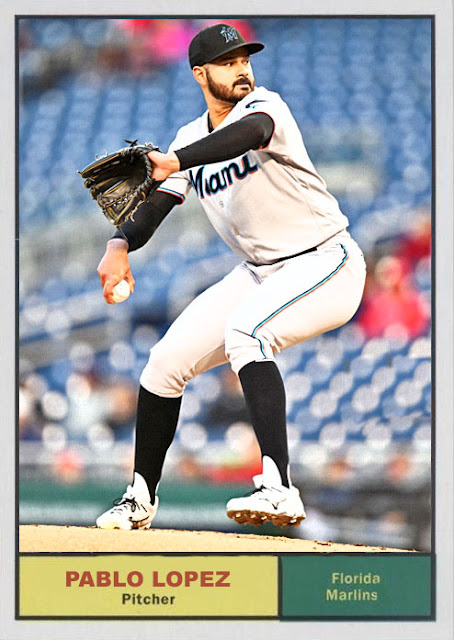 That's the thing about the Marlins since like 2004. When they're bad, everyone looks and listens as to how bad they are, but when they're good, no one cares. Maybe it's because they're a small-market team whose business dealings have read more 'sideshow' than baseball team [ooh, let's have Derek Jeter own the team and sell everyone! Let's hire Kim Ng and blame her when everyone gets traded again!]. Or maybe it's just because the Marlins have only ever been truly 'good' twice...and both have ended in a World Series. So nobody is prepared for the Marlins to be good, but not good enough to go all the way. That's why their 2020 season vexed so many people. They made the playoffs, beat the Cubs, and legitimately contended with the Braves before being eliminated, but people now can rationalize that as 'oh there was a larger playoff circuit and a shorter season, and they wouldn't have made it otherwise.'

Actually, if the 2020 season had gone with the current postseason schematic, the Marlins would have contended for a playoff spot and would have probably won a 1-game playoff against the Reds to get there. There's even be a chance that the Marlins AND Reds would have made it anyway due to the two games the Cardinals neglected to play that season. So nyah.

So the Marlins, who are relatively competitive right now and are tied for second with Philadelphia, are still being written off as a novelty. On one hand, it is hard to convince the league of your legitimacy when you haven't been above .500 yet this season, but on the other...the Marlins have been making some nice strides this year, including Lopez's insane start. Jazz Chisholm is having a star-making season at the plate, Alcantara's still an ace with a lot of upsides, Anderson and Aguilar are hitting again, Joey Wendle was having an excellent contact year before he hit the IL, Cody Poteet has barely allowed any runs filling in for Jesus Luzardo, Bryan de la Cruz is making another case for starter ship, and quietly you can see Joe Dunand make a case to be up more often. A lot is going on, and because this Marlins team has been up-and-down, you're not hearing a ton about it.

The rest of May, the Marlins have a nice bit of schedule where if they choose to, they can go on a tear. The only truly great team they have to play are the Rays, and other than that they have the Braves and Rockies and Nats and people like them. This is all pretty winnable if they can find the parts of themselves that can deliver the edge over these teams, and if that is the case, they can finally go into a comfortable 2nd place in the NL East.

Coming Tonight- Six prospects poised for the Tigers' rotation and this is the one killing it right now.