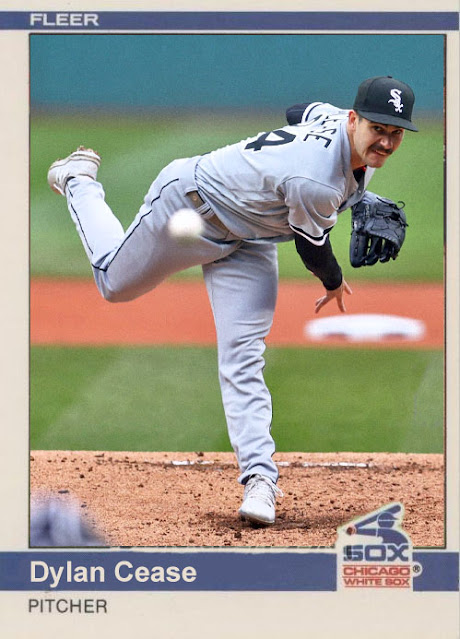 So uh...suffice to say April didn't really go as planned for the White Sox.

Ya know, Eloy Jimenez got injured, Dallas Keuchel can't pitch anymore, and they only won 2 games the entire second half of the month. And now the Twins are first in the division, the Sox are just under .500, and they're trying to still prove their legitimacy in the game while being held back by injuries, bad luck and, once again, being managed by the wrong person.

I equate the Tony LaRussa era of Chicago White Sox baseball to the Bobby Valentine era of Red Sox baseball. The difference, though, is that the Red Sox realized right away that Valentine wasn't the right fit, and fired him after a year, bringing in John Farrell and winning a ring. The White Sox meanwhile have continued to be successful even while LaRussa has clashed with the very factions of the team. Now they're showing visible signs of dissonance. I don't know if it will be enough for the organization to actually do anything about LaRussa, but I really don't think this team can go far with him at the helm.

What I do like about this team is their ability to reform under crisis. Jimenez is out, and Andrew Vaughn is out for a bit, but Gavin Sheets has been taking reps in right, Adam Engel has been starting, and A.J. Pollock has been healthy. They're DHing Grandal more, but it gives them more of an opportunity to start Reese McGuire, something he had a lot of trouble with in Toronto. Lance Lynn is still out with an injury, but not only has Michael Kopech made the most of his starts, with a 1.17 ERA over 5 starts, but somehow the White Sox have awakened the best of Vince Velasquez. I have no idea how, as I've seen this guy in truly dire spots in Philly, but...Velasquez has 2 wins and a sub-4 ERA. I hope he keeps it up.

And while Luis Robert and Tim Anderson are already having great seasons, Jose Abreu is beginning to heat up, and while he's only at .230 now with 9 RBIs, who knows how high he'll be hitting in a month's time. The trick is making sure Grandal, Leury Garcia and Josh Harrison get to that point. Plus, Dylan Cease is finally pitching like an ace, with a 3-1 record, a 2.48 ERA and 39 strikeouts, the best numbers on the team. This is the kind of season the team's been waiting for since he came up, and it's nice that he can be truly relied upon, alongside Giolito and eventually Lynn.

This is not a bad team, this is just a team that's had terrible luck recently. And hopefully things turn around.

Coming Tomorrow- Last week I talked about a guy who'd been denied an AL MVP for too long and might be getting one this year. There's one of those in the NL, too.