Do the Rangers Actually Have a Shot? 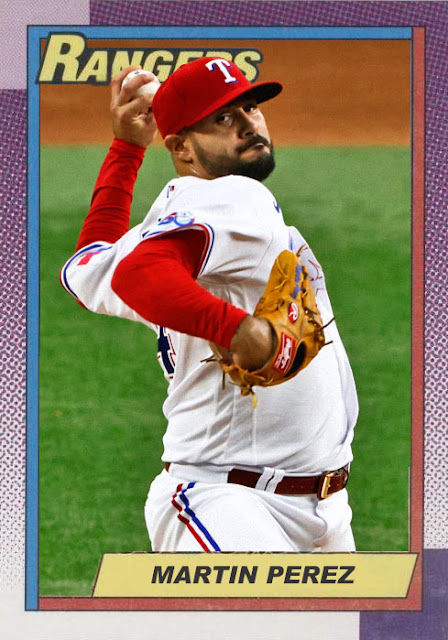 This morning I talked about the Pirates being a third place team because the fourth and fifth place teams exist, not really owing to their own merits. Today we talk about the Rangers, a team that could very well be sliding into third place due to the total collapse of the Mariners...and who could very much use this to their advantage.

The Rangers aren't specifically a bad team, but they sure have been resembling one. Kole Calhoun, Marcus Semien and Jon Gray haven't been up to the standard they've been signed at, most of the team was picked away by the Yankees, and right now the majority of the lineup filled by replacement guys. However, some of these replacement guys are turning out- Eli White, Jonah Heim, Brad Miller and Dane Dunning are certainly playing worth their weight, despite all of them filling roles left by trades and free agent departures.

Plus, Martin Perez came home after being in Boston for 2 years and is already back to the degree of dominance he flirted with back in the mid-2010s. Perez, in 7 starts, has a 2.01 ERA, 2 wins and 33 strikeouts. I saw him pitch against the Phillies and despite the strength of the Phillies' lineup, we could not get anything done against him. Perez isn't flashy, he isn't a full throw-hard, strike-everybody-out kinda guy, but he is consistent. He was a strong low-rotation man in Boston and he's a strong high-rotation man in Arlington. And for a very inconsistent roster, Perez provides a needed boost of consistency.

The big problem with this team is that the core that was advertised is not doing well. Adolis Garcia only has 6 homers and is hitting .206, a far cry from his start last year. Corey Seager is doing pretty well, but it needs to be more than him. Willie Calhoun, once again, when the team needs him the most is nowhere to be found. And once again, Marcus Semien, after an MVP quality season, has nothing left to challenge it with.

So, like the Pirates, this team could get to third despite some huge structural problems. Unlike the Pirates, though, they do have the wherewithal to stay in third on their own merits. They've won a few games in a row, they have the potential to sweep series'. The Rangers might be better than the Mariners right now, and they could block them from competing. Of course, this could all be for nothing. It's the Rangers that get to decide.