Tucker Round and Find Out 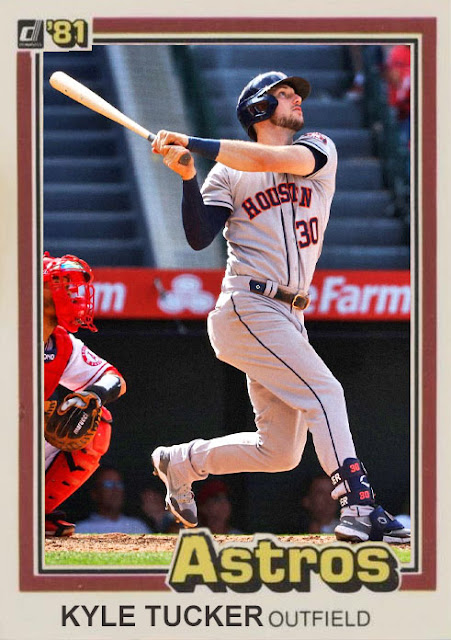 This may come off as hypocritical being said by a Yankee fan...but I am so damned sick of this team taking 1st every frigging year.

It's like clockwork. The Astros take a month to heat up, they heat up, and it's insufferable. Forget there are new teams with new narratives in the AL West, like the Angels and Mariners, no, we have to have the Astros in first for most of the damned season. Ohtani and Trout are both hitting? Hogwash, look at Alex Bregman, Jose Altuve and Kyle Tucker doing the same things they always do. Look, Yordan Alvarez is hitting home runs again, what the hell else matters in this division?

I know for a fact that the reason why the Astros have continued to be such a factor in the AL these last 5 years is the way the organization is built. It's a well oiled machine that has run splendidly for the last 5 years, and even the last 10, with everything they've done since moving to the AL including honing prospects like Springer, Correa and Keuchel yet still being alright when they leave. The Astros let Correa go fair and square because they knew they had Jeremy Pena right behind. The Astros let George Springer go to Toronto because they knew Kyle Tucker would move in and become the contact annihilator he is today. The Astros phased out Evan Gattis as DH because they knew Yordan Alvarez would jump in and become a home run hitter.

The only mark on their record since 2017 has been the cheating scandal, which only really Rob Manfred has forgiven them for.

But taking away the villainous stance they have, taking away how they've been Yankee killers in the playoffs, all of the controversy and everything aside...this team just knows how to keep momentum going. They've been postseason regulars for 5 straight seasons and they're going for number six, and unless the Angels do enough to keep them fully out, they're gonna get it. With everything stacked against this team, they've still managed to win, and they've done so with Justin Verlander at 39, Jose Altuve past his contact-hitting prime, two catchers hitting around .100 and Jeremy Pena taking over for a legend. You kind of have to admire that.

Coming Tomorrow- Similar to Christian Yelich, a former MVP trying to regain career momentum. This guy seems to have figured it out though.