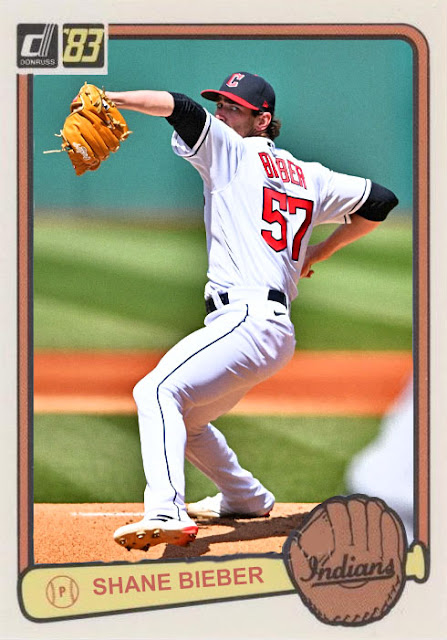 I was talking to my friend's dad yesterday. Lifelong Cleveland sports fan stuck out in South Jersey. Suffering beyond suffering with the exception of the Cavs and also some pennants from the Guardians. I said 'you guys might have a shot to sneak in this year', and he seemed slightly less optimistic than me [60 odd years of following Cleveland sports will do that to you] but agreed there was a chance.

Going into this season, that's more of a chance than I thought the Guardians would be working with.

If you'll remember, my theory was that the White Sox would take first, the Royals would be behind them after their second consecutive killer Spring Training start, and then the Tigers, boosted by healthy and good performances by Javier Baez, Eduardo Rodriguez and Austin Meadows, would be in third, and I figured the Twins and Guardians would be back there due to how much of a downturn both teams seemed to be after last season.

Well, as it turns out, the Guardians' smaller moves and roster refinement was enough of a strategy to remain somewhat of a competitor. And for my friend's dad's sake, I'm kinda happy for that.

The rotation is...slightly shaky in places [Aaron Civale], but for the most part it's a pretty concise, strong group of people that the GM was banking would all be healthy and moving together. Shane Bieber seems to be in pretty good shape, and he's leading the team in strikeouts with 36 without overexerting himself too much, which is the name of the game if you're a pitcher in 2022. Quantrill and Plesac are having calmer but still strong years. And as a pure contrast to Bieber, you have 24-year-old Triston McKenzie, who has 34 strikeouts and is a pure hard-throwing menace, additionally working with a low ERA of 2.97 this year as opposed to his typical 6-ish range. If McKenzie's figured out how not to get hit as often, and Bieber's plan is to stay healthy, this rotation could be intact for a bit. Of course, if Civale gets demoted, there's always Eli Morgan waiting on standby, and he's a lot better this season.

Elsewhere, the Guardians just have a pretty solid contact based team cooked up, with Steven Kwan, Owen Miller, Josh Naylor, Myles Straw and Andres Gimenez all having excellent contact-centric years. Gimenez I'm excited to see hitting at MLB level, because I was worried that last season's down year meant he wouldn't fit anywhere other than Queens. Gimenez, though, is having the best season of anybody, hitting .326 with 20 RBIs. And in terms of power, Ramirez and Reyes are still reliable as well. I really just wish Josh Naylor was able to do something incredible without immediately getting injured afterwards, but I suppose as a Canadian he takes less after Wayne Gretzky and more after James Paxton.

The Guardians have a lot to work with, and need to figure out how to outrun the competition if they can't quite out-power-hit them. The White Sox could rebound, the Twins could hold, the Guardians need to outdo both of them, which could be tricky. But with the people still in Cleveland, it's not impossible.