The Man Who Won While His Team Was Being No-Hit 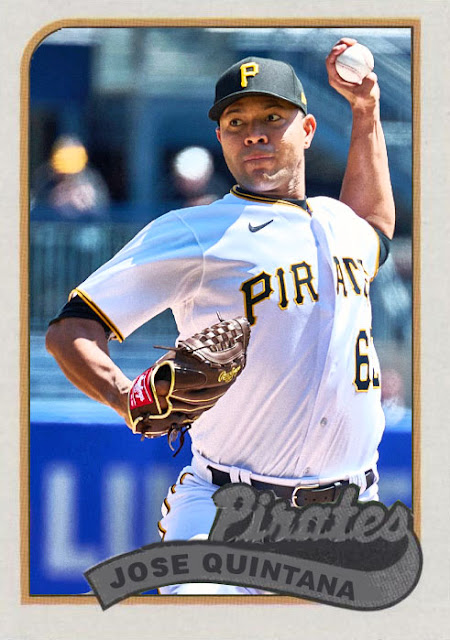 Sometimes baseball is too funny for words.

The Pittsburgh Pirates, who are currently in third place in the NL Central, not by being the third-best but merely by being the third-worst, won on Sunday, under a start by Jose Quintana, without even getting a single hit. Because Art Warren of the Reds walked some people and one of them scored on a fielder's choice, he and Hunter Greene could not technically be charged with a no-hitter because the Reds weren't good enough to score a run.

Now, did the Pirates win because their pitching was good enough, or did they win because the Reds' batting is so bad? I...honestly think it's kind of the former.

Until last week, none of the Pittsburgh starters had been credited with a win, but...at the same time, it wasn't fully indicative of the rotation's awfulness. You do have people like Zach Thompson, Mitch Keller and Bryse Wilson who just can't seem to get anything done, but you also have Jose Quintana quietly having a comeback year, with a 2.19 ERA and a 1.081 WHIP. Even if Wilson will give up a grand slam to Willson Contreras or J.T. Brubaker will lose 3 games without a win, you still have Quintana almost singlehandedly lifting the rotation.

The bullpen though, like last year, is non ironically good. David Bednar is still for real, with a 1.00 ERA, 25 Ks and 7 saves in 18 innings. Wil Crowe has become a pretty solid long-man with excellent strikeout energy. You also have Dillon Peters, Chase de Jong and Max Kranick, all typically starters, providing nice bullpen innings.

Now...there are enough issues with this lineup that you can understand why none of them got a hit on Sunday. For one thing, some of them, like Josh VanMeter, Yoshi Tsutsugo and Jack Suwinski [despite defensive upsides] aren't hitting at all. You also have the catching position, which has been left to Michael Perez in the absence of Roberto Perez's health and Andrew Knapp's DFA'ing. Plugging Diego Castillo, Rodolfo Castro and Michael Chavis helps things, but only so much. And with the upsides of people like Ben Gamel and Dan Vogelbach come the downsides of them striking out a lot.

The Pirates are good enough of a team to win a no-hitter, but they're not good enough to not get no-hit. I sincerely hope Bryan Reynolds heats up and this team begins to earn their 3rd place over time.

Coming Tomorrow- I saw him shut out the Phillies a few weeks back.