The Maddest Bum This Side of Tuscon 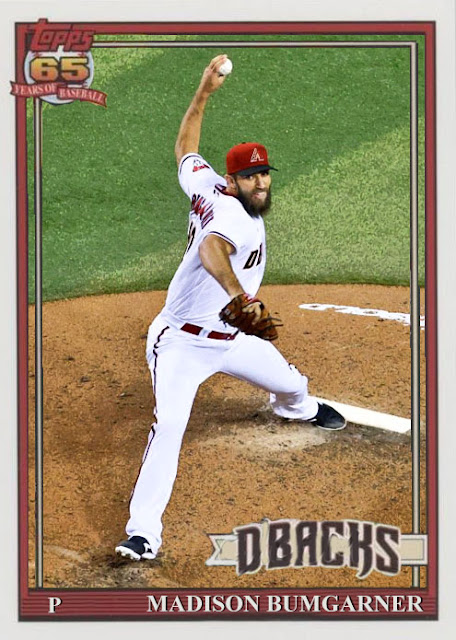 2022 may go down as the year that more players started going on curse-laden tirades against the authority of baseball and the majority of fans still sided with them.

It's really turning into some 'this is the last straw' kinda stuff. Kyle Schwarber lashing out at Angel Hernandez is something that had been building up for years. Hernandez can't ump [second post in a row, but ROBO UMPS PLZ], and the blame always falls on the players and not him, and Schwarber was saying his piece not only for the Phillies but also the Brewers. And of course nothing's gonna come of it immediately, but something might eventually. The cracks begin to form when someone revolts.

The other day, Madison Bumgarner saw some real dissonance between how the umpires checked his hand for substances vs. how they checked Elieser Hernandez. And the problem with speaking up against umpires is that they're always right. So even if MadBum was calm about it, he was gonna get shit, and the ejection was bound to happen. At the same time...checking for substances shouldn't be as elaborate as it is now, anyway. Most pitchers have weened off of them, and if so, it's not something you have to search really hard for. It's like going to the liquor store and watching them check your ID. Sometimes they give it an extra second or so to sweat you out if you are underage, but even if you are of age, an extra few second could give your the paranoia of 'is my license expired? Did I do something wrong?'. So even if MadBum was completely in the right, that extra few seconds of 'hmmmm I dunno, keep searching' is just some unnecessary ball-busting, and I can understand how mad he got.

But, if you're MadBum, you're damned if you do and damned if you don't. You use tack, you're out. You don't use tack and look at the umps funny when they think you use tack, you're out. I'm not saying baseball should be a lawless wasteland where players are allowed to do whatever they want, like Congress or the XFL, but I don't think the umps' attitude should factor into it as much as they do. By definition, the umpire should be neutral. You know the viral clip from a new years ago of that ump massaging Terry Collins' shoulders til he stops yelling? That's what umps should be. Mediating the goings-on. Making sure shit doesn't go wild. Taking yourself out of the equation and making sure the game continued amicably. If you're taking an extra five seconds and trying to ice out a pitcher who isn't doing anything wrong, you're not going anywhere near neutrality. You think he did it. He didn't do it. So you are wrong. And therefore, YOU are the one who should sit down.

The silver lining for Madison Bumgarner is he only pitched one inning and he doesn't need as much time to rest because of it. They can slot him back in tomorrow or Sunday if they want.

Meanwhile, the Diamondbacks are at .500, which is odd for a last place team. On one hand, nowhere near the rest of the NL West, but on the other hand, this rotation is surprisingly excellent. Kelly and Gallen I figured would be good, but MadBum is looking Giants-quality so far, with a 1.50 ERA over 5 starts and 1 inning of a sixth start that ended because an umpire didn't get along with his father too well. Humberto Castellanos has been an excellent arm without being too K-heavy. Even Zach Davies is returning to his old self. Regardless of the foibles of the lineup, this is a great pitching-reliant roster that could be one of the better sub-.500 teams out there this year.

I just hope there are weeks of this team's season that aren't defined by random BS like this.

Coming Tonight: The Yankees have a habit of calling guys Nasty. We first adorned Nate Eovaldi with that nickname and then he left and was nasty against is. We've adorned it on someone else. And my god...he really is worthy of it.