O's Update: Let's Get This Week Over With Edition 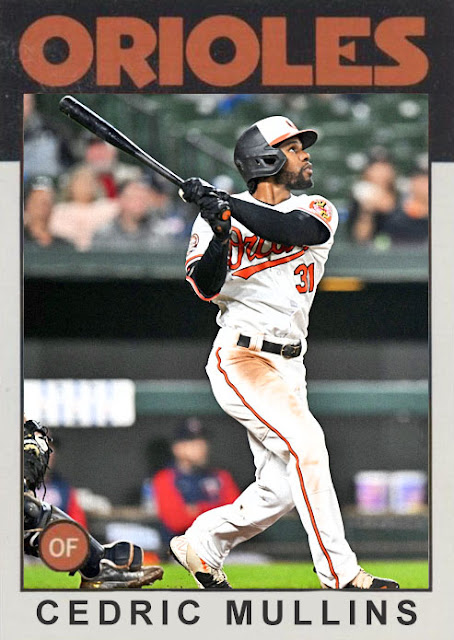 Bit of a contentious week in the AL East.

The Orioles and Red Sox are both fighting each other to stay out of last. The Sox have been in last for the past few weeks, the O's have rather enjoyed their time in fourth, but we all know the Sox can't be a last place team all year, then I'd actually be happy in October and lord knows we can't have that. So this week is one of those weeks that could decide how the hierarchy is gonna go for a bit.

Right now, the Orioles are playing the Yankees, who have only lost 9 games to this point, and somehow two of them have been at the hands of the Orioles. The Yankees have been the hottest team in baseball for most of may, have retained a great deal of their momentum, and in the first two games of the series have won handsomely. Tonight, they're starting Gerrit Cole. I can be wrong when making this kind of prediction, but...the odds are not necessarily stacked in the Orioles' favor right now.

Meanwhile, in...one of the most difficult-to-watch series' of the year for me, the Astros are playing the Red Sox. It is one of those series, much like in postseason play, where I would be fine if neither team won and they just gave the win to the umpires. This season it's equally infuriating no matter how it goes. If the Astros win games, they stay in 1st. If the Red Sox win games, they begin to climb up the division and lap Baltimore. We want NEITHER. I would love a season where neither the Astros or the Red Sox can make the playoffs, and I will say vocally that I'd be fine seeing the Cardinals in the postseason over either of these teams. But...right now the Astros are hot, and last night they hit 5 home runs off of Nathan Eovaldi in 1 inning. Because this is the thanks he gets for helping knock out the Astros during the 2018 playoffs. So far they're split, and the best case scenario is something like that, rather than a sweep by either one.

It's the best case scenario for the Astros as well, because it keeps the Sox within enough reach so they can possibly lap them again. The Sox have games against the Mariners coming up, and that could be evenly matched, while the O's have games against Tampa coming up, which they'll need at least some momentum for.

As for the Orioles themselves...Look, there's more going on here than the average bad team, but there's still a ton of meh. Cedric Mullins is still the centerpiece of the whole team, with 15 RBIs, 5 homers and 7 steals so far. Could he go 30/30 again? Possibly! Jorge Mateo, however, is leading the team with 10 steals right now, more than anyone else in baseball who isn't named Julio Rodriguez. I'm glad Mateo's finally panned out, though it did take him 3 farm systems to do so. Santander, Hays and Mancini can still do power numbers, that's all welcome. Bruce Zimmermann is the clearest ace we have here but MAN can Kyle Bradish strike people out. 22 Ks in 4 starts for Bradish, that's not bad at all. The issue is that not enough hitters are hitting for average and too many starters have high ERAs, but this is a team that's meant to be lower key, and I'm glad there are at least some heroes to run with.

I'd rather have the Orioles in fourth than the Red Sox, but...the Orioles would have to earn 4th, and I'm not sure if they're there yet. Especially this week.

Coming Tomorrow- Possibly one of the most underrated pitchers in baseball. He's got an ERA circling 1 and most of you had no idea.