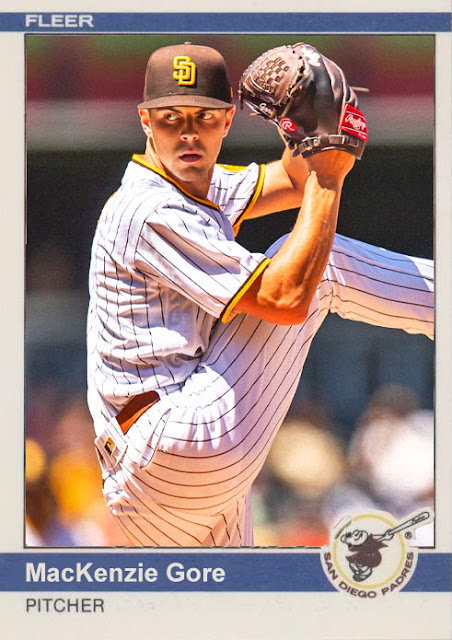 The following is an actual thing the Padres did.

The San Diego Padres, who have six major players who are not hitting currently employed in their lineup, figured that the best way to solve their hitting gap...would be to sign Robinson Cano, who hasn't been hitting well at all, and whose best recent numbers came during a season where it would later be revealed that he was taking HGHs.

The San Diego Padres, everybody. Trying to take great strides forward but getting clotheslined by the hurdles.

And look, let's say that Cano does end up hitting a bit for the Padres. You play him at 2nd base it relocates Jake Cronenworth to the outfield, which is fine because it displaces the not-hitting Trent Grisham. You play him at DH it relocates Luke Voit to the bench, and we all know how pissed off Voit got last year when he got put on the bench. If you're playing a 38-year-old Robinson Cano, on sheer mythology at this point, over Luke Voit, I wouldn't be surprised if he quits the league and goes to play in Korea.

The good news is that people like Manny Machado, Eric Hosmer, Ha-Seong Kim and Jurickson Profar are delivering on multiple levels for the Padres. But...this is a Padres team without Fernando Tatis Jr., and they're only barely lapping the Dodgers, rather than the full domination. I don't like how different this team works with and without Tatis, a team shouldn't be like that.

What's making this team a contender, and what's probably the reason why this team is breathing up the Dodgers' necks right now, is the pitching. Darvish-Manaea-Musgrove is a pretty awesome initial hydra of a rotation. And while you'd have thought going in that Snell and Lamet would supplant them, the Padres have explored other ideas. Nick Martinez, in from abroad, is dealing some solid low-rotation numbers, ERA around 4, 2 wins. MacKenzie Gore's been fantastic in his first 5 starts, with a 2.42 ERA and a 2-1 record. Gore's been germinating for a while and it's awesome that he's finally ready. And meanwhile Musgrove has 4 wins and Manaea has 38 Ks, so...the rotation's doing what it's supposed to. And it's getting them over the top.

The trick will be getting the lineup on the same page, and even if Tatis shows up in a bit, I'm not sure how exactly that's going to work without a lot of people going on tears at the same time.

Coming Tonight: The Yankees called him Nasty. The Red Sox call him an ace.