Fried All About It 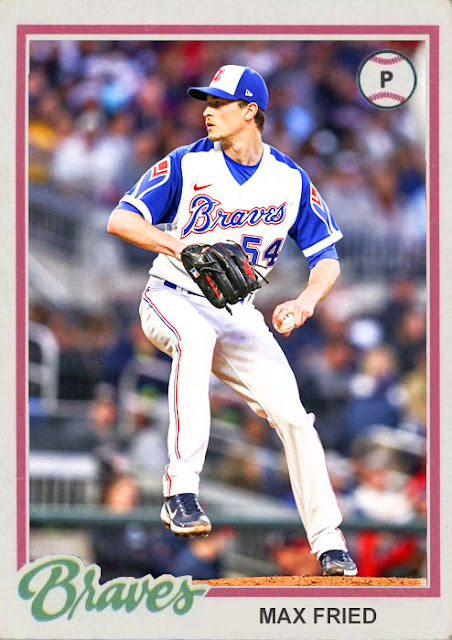 The thing about this Braves team is that because so much insane stuff happened last year, it's hard to get excited about some of the developments comparatively. What's that? William Contreras has 6 home runs? What, Matt Olson has more doubles than he has RBIs? Oh, don't spoil me with the news that Spencer Strider's been killing long relief!

Once you win a World Series, it's hard to really enjoy a perfectly okay team again, especially if it's the year afterwards. And that's what this Braves team is right now- perfectly okay.

I mean, as I've said before, what made the Braves a World Series champion, a lot like the Nats two years before, was the time, the place, the momentum, the deadline acquisitions, all of that. That team at that moment was a World Series champion because no one could stop them. This team at this moment can be stopped. They've been stopped by the Phillies this week, because it's the Phillies turn to be good for a bit until they drop enough games for the Braves to end the season in second.

Like, look at this rotation. Max Fried and Kyle Wright are both 4-2 and are doing well, but Ian Anderson and Charlie Morton are both doing very okay [Anderson's impending Tommy John surgery is staring him down]. The fifth starter spot is just a roulette wheel of great pitchers who cannot get a damned thing done this year. Kyle Muller is struggling, Huascar Ynoa is struggling, Tucker Davidson is struggling, and Bryce Elder, who started out doing pretty well, eventually started struggling. I imagine Elder'll get the fifth spot again now, but I don't know how well it'll go. Remember last year when the Braves had 5 starters and Drew Smyly hanging around for depth? They've gotta be missing Smyly about now.

The lineup is...very okay. Albies, Swanson and Riley have become great defenders but they're all hitting around .230. Acuna's himself but he's taking it very slowly. The hangers-on from last July onward, like Rosario and Duvall, aren't adding much at all. There's no real standouts on this team so far, everyone's just kinda doing alright and sort of getting by.

The spark the Braves had last year hasn't really showed up yet, and I hate to think they're all waiting around for it to get there.

Coming Tonight: The man of the moment, controversy be damned.