Tork in the Road 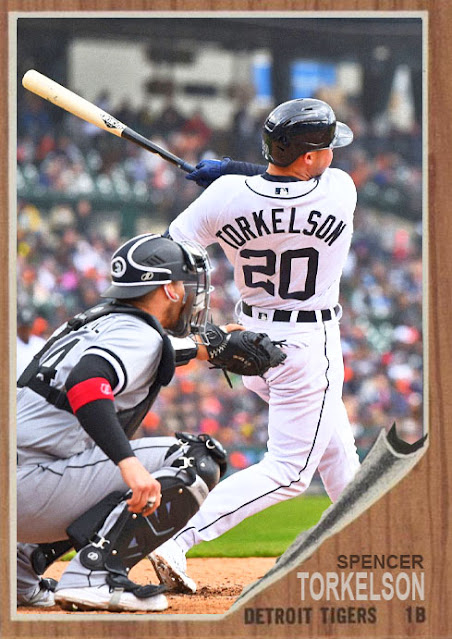 Kinda soul crushing when the guy you got days before the season is doing the best out of anybody for your team, and all the people that were gonna be there anyway haven't done too much at all.

The Tigers made it a point to stock up and make a run at things this season, but the fact of the matter is that Eduardo Rodriguez, a lot like Jordan Zimmermann, was a decent pitcher who just had a ton of good seasons, and that has run out in a new market. Javier Baez is doing a little better, hitting .292, but he's not quite a team-raising presence a lot like former teammates Anthony Rizzo and Kris Bryant have proved to be. Baez is sort of trying to fit in with the rest of the group, which is very difficult when the rest of the group isn't very well.

Like, look at Spencer Torkelson. #1 overall pick, highly touted in the minors, promoted to open the season. Right now Torkelson is hitting .190 with a team-leading 25 strikeouts and only 12 hits. Torkelson is not the only opening day rookie to be struggling right now, as Hunter Greene, Julio Rodriguez, Bobby Witt Jr. and Nick Lodolo have also been a bit shaky in their transition to the majors. It's worth wondering whether this strategy is proving the owners' point by accident. You want to believe that Torkelson, and all those guys, will figure things out, but having Torkelson be back a few steps when the team is trying to make steps to compete is yet another setback for these Tigers teams.

Right now Casey Mize, Spencer Turnbull and Tarik Skubal are all injured, meaning Michael Pineda has had to play a larger role in this rotation than initially anticipated. The Tigers also had to call up Beau Brieske, and he's at least been decent through two starts. They've also called up Alex Faedo to start a game this week. That's a lot of dominoes being set up, especially considering that Mize and Skubal were supposed to not need the help quite yet.

And while Austin Meadows, Robbie Grossman and Tucker Barnhart were wise acquisitions, as all of them are hitting right now, you still have people like Jonathan Schoop, Akil Baddoo and Jeimer Candelario, who are not. It sucks cause all 3 of them were doing really well last year, and put the team back in line, and...it would be nice if they had strong seasons in line with the other three, and it'd be nice if Torkelson got off to a hot start immediately, but...that's not really how the Tigers have worked lately. If everyone was good at the same time, they wouldn't be the Tigers.

I predict a better May, that's for sure. Maybe they jump up in the standings a bit. Maybe some of these guys start preforming to the level they're worth. Or maybe nothing happens and the team sinks further and further into the earth even WITH Torkelson.

Coming Tomorrow- A third-baseman who was promoted to be a star, and became one almost immediately, and hasn't really stopped since.