The Cycle Completes Itself in Chicago 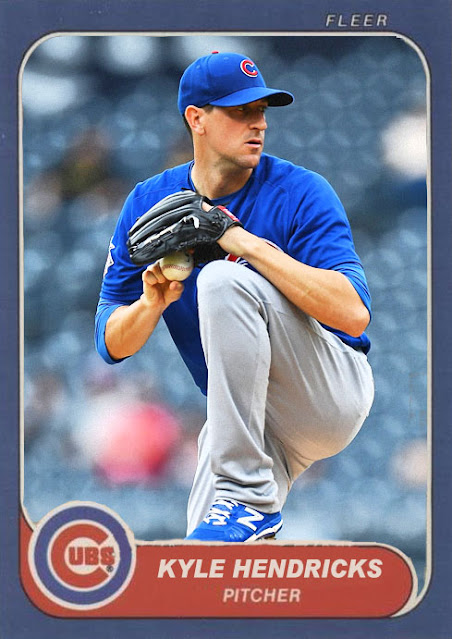 In 2012, the Chicago Cubs had a slight backbone but were rebuilding and taking on prospects and trying to build a new competitor.

In 2016, the Chicago Cubs were the best team in the NL and won a World Series.

In 2018, the Chicago Cubs won 95 games but only qualified for a Wild Card spot, which they couldn't win.

In 2019, the Chicago Cubs failed to make the playoffs and let their manager leave for Anaheim.

In 2021, the Chicago Cubs had a massive firesale, and dealt away the majority of the squad that won the World Series.

And now, in 2022, the Chicago Cubs have a slight backbone but are rebuilding, taking on prospects and slowly trying to build a new competitor. What I'm saying is that the Cubs are back where they started.

I would say that this team is a little better than the 2012-2013 one was...but they're not great. The Cubs are very lucky to have large shards of the old WS teams- Kyle Hendricks is still pretty on, and has 30 Ks so far this year. Willson Contreras is still an elite catcher, and he's hitting .304 right now. Jason Heyward is doing the same low-average stuff he does every year. Ian Happ has finally developed enough to be in a position to help carry the team.

But it's really about the next stage of things, and the people they can bring in to keep the Cubs, at the very least, out of last. And right now, Seiya Suzuki has calmed down IMMENSELY, and is only hitting around .250. Which isn't good, especially considering that we all thought Suzuki was for real a few weeks ago. We already had Fukudome crap out after a little while, we can't have this again. You have Keegan Thompson working really well as a long-man, but Justin Steele struggling as a starter. Nico Hoerner's finding the majors finally but Nick Madrigal's taking longer. And the signings, like Marcus Stroman, Wade Miley, Yan Gomes and Drew Smyly, haven't added too much. Maybe Smyly a little, but not much more.

And the sad part is that the Pirates have lapped this team. The Pirates, who took their starters over a month to get a win, have a better record than the Cubs right now. These are both not great teams right now, but who'd have thought the Cubs would be worse.

The goal for Ross and the gang is gonna be to stay out of last, and stay away from the Reds. Only problem is that lately the Reds have been figuring out how to win games. They've won 5 of their last 7. You never know. I hope the Cubs can find some stuff that can help them not be completely embarrassing, but it hasn't been looking good lately at all.

Coming Tonight: On a team with Mike Trout, Shohei Ohtani, Jo Adell, Anthony Rendon, Noah Syndergaard and newly-minted no-hitter recipient Reid Detmers, would you believe that this guy is making all the headlines?