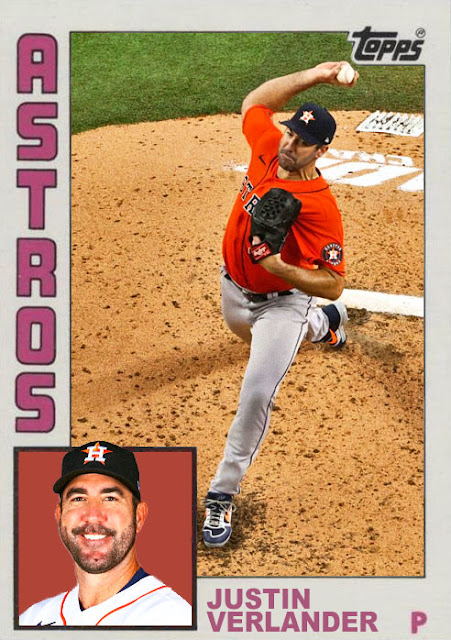 I'm honestly not sure why no one has mentioned it yet, but since beginning the season at .500 exactly, the Houston Astros have won 8 straight games. The villains of baseball, initially doomed to fighting with the Rangers and A's for relevance, are now in danger of ascending to first yet again and controlling the narrative of the season like usual, by the grace of Dusty or cheating or something.

What everyone is talking about, and for good reason, is the incredible season that Justin Verlander is having. After missing all of 2020 and 2021, most people thought he was done being part of baseball's elite, but he was only recouping for one last ride. So far this season, JV has been absolutely incredible, with a 4-1 record, a 1.55 ERA, a team-leading 36 strikeouts and a 0.639 WHIP. Last night against a 1st place Twins team he nearly went the distance, going 7 and a third innings before allowing a hit. The fact that Verlander can still be this dominant even at 39 is...incredible. It's also just indicative of his supreme talent. The man notched 3000 strikeouts at 36, on a 300-K season. He's bringing home 2 Cy Young awards [at least], an MVP, a Rookie of the Year and a World Series. And despite the nastiness of the Astros, JV's stock has somehow risen since joining the much-maligned squad. That takes a true athlete, and that's exactly what Verlander is.

People are already talking about Verlander getting his third Cy Young this season, and I think we should let the rest of the season go by first. If the NBA has taught us anything, it's that sometimes the most obvious and likely candidate could just end up losing to Nikola Jokic not getting it anyway. The AL still has Alek Manoah, Logan Gilbert, Gerrit Cole, Kevin Gausman and Dylan Cease killing it right now. Maybe an unknown challenger will rise up and take it.

It's not like it's gonna make or break Verlander's HOF case. Dude's getting in if he retired tonight, one of the best pitchers of his era, a modern companion to Nolan Ryan and Steve Carlton. And that's honestly the weird part about this season for Verlander. He really doesn't have anything else to prove other than career longevity. He's already gotten a ton of accolades to work with, and he's pitched so many great games. Hell, I have seen Verlander pitch AGAINST MY TEAM, and I'm satisfied with it. But I'm also just glad that he can still deal 'em out after everything he went through in the offseason.

The Astros may, in fact, be a force this year. The old core of Bregman, Altuve, Tucker, Alvarez and Brantley might still have some life in them. This team might inevitably speed through the playoffs and vie for another title. And I'll stomach it as long as Verlander's pitching well enough to be proud of. He is the one non-heel on this team, and even if I despise this team, I can't despise him.

Coming Tomorrow- In case you thought his 2021 season was a fluke, and dependent solely on playing in Chicago...