The Wander of it All 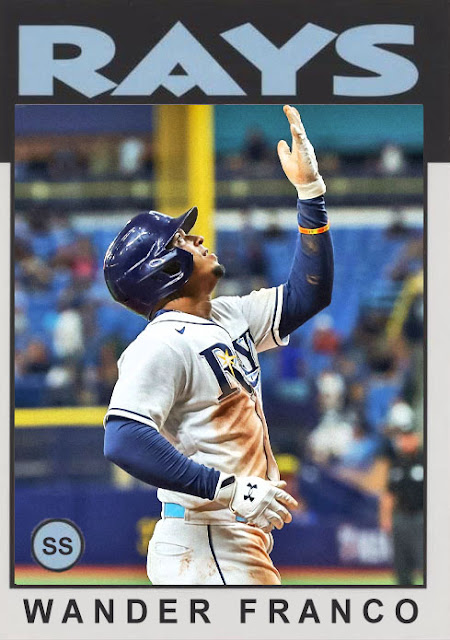 You get no-hit, people start looking at you differently.

The Rays are in second place, with a small lead over Toronto heading into a series against them. They also just got no-hit by the Angels and dropped 3 of 4 to them. And while the Jays didn't do much better against the Yankees this week, the Jays at least have a surging core and a strong rotation. The Rays' make-it-all-up-on-the-fly mentality may be the thing that holds them back from really taking on division rivals here.

There's really only one traditional MLB star doing well this season, and that's Wander Franco, who's hitting .304 with 38 hits and 15 RBIs. The big pillars of this team that the success has rested upon, like Randy Arozarena, Kevin Kiermaier, Tyler Glasnow, Brandon Lowe and Ryan Yarbrough, really aren't doing well. It's almost entirely fringe players like Manny Margot, Yandy Diaz, J.P. Feyereisen, Drew Rasmussen and Harold Ramirez who are making the most waves. Margot had a huge week last week, and with 20 RBIs and a .337 average, he's making the Padres regret ever trading him. Rasmussen has a 2.89 ERA and 3 wins as a starter.

So comparing a piecemeal, opener-using wild card of a team to the Blue Jays, who are relying fully on their core and don't have to add much to the preexisting formula...the Rays aren't looking too good.

And that's why I question the logic of hammering down Franco this early into his career. It does look like he's the real deal, but I get the sense that the Rays want to start a new era of the team to build around him. And while that's not a bad plan, it'd work a little better if this wasn't in the middle of a specific era of Rays baseball already. The team is still competing, even if a lot of the players from the playoff teams aren't performing well right now. And spreading things out to benefit the smaller players rather than the bigger, if inefficient, ones who could leave is a choice. It's the reason they traded Willy Adames last year. It's also the reason they're making sure Taylor Walls and Vidal Brujan are getting reps while Yandy Diaz and Brandon Lowe are still here. The Rays' farm system isn't a titan for nothing, and even if they're still a power in the AL East, they're gonna make it clear that they can shed that power at any time.

Until we get definitive answers about what this team wants, I'm not gonna be looking for many big 2022 things for them. The Rays can win all they want but it won't make them better than Toronto or New York, it'll just make them more stubborn.