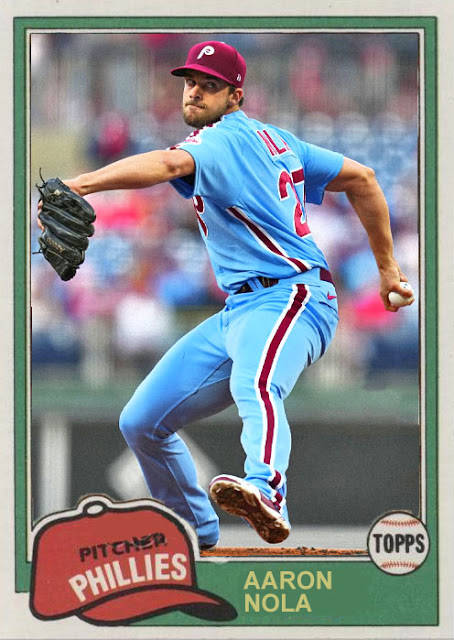 The Phils taking down the Mariners I could have seen coming. But the Phils taking a few games away from the Dodgers? The same Dodgers that have been on first most of the season and look to make the playoffs yet again this year? That shocked me to my core.

Cause deep down, while this Phillies team is an improvement over the last few, they still make very human mistakes. Kyle Schwarber can't hit for average, Alec Bohm is streaky as hell and still makes errors, for every strong night by a reliever there's one night where Hand, Familia or Alvarado nearly walk a guy home, and Bryce Harper's throwing injury has made the outfield a bit haphazard. But they are still very much a Phillies team, and that means big moments and big wins even when you're not expecting it. That means hitting home runs off of Walker Buehler and still taking the game even as the Dodgers score 10 points off you. That means getting leveled by Kyle Gibson or Ranger Suarez.

I mean, at the end of the day, this rotation schematic of Aaron Nola, Zack Wheeler, Kyle Gibson, Ranger Suarez and Zach Eflin is pretty dang good. It's not like last year where you have 3 good days and then dammit Chase Anderson and Matt Moore are here. All five of those guys are pretty sharp this year. And even when Eflin's injured, Bailey Falter makes a surprisingly alright starting pitcher. I did not know that. I thought we'd be working with Cristopher Sanchez as the 6th man, but Falter kept shit down last week, and I respect him for it. Nola, though, is having the best time of any of them, with 47 Ks and a 1.000 WHIP despite getting the rap for 4 losses. Gibson, Wheeler and Suarez are relying more on control and putting it where they ain't and less on striking out every guy. Wheeler just had a major strikeout year, and now knows how dangerous that is to a pitcher's longevity, so he's being more careful and I respect that.

At the same time, the core of this team is doing pretty well. Harper, Segura, Castellanos, Realmuto, Hoskins and Bohm are all hitting, and Herrera, I suppose, is a pretty solid CF backup. I also like that we have people like Johan Camargo and Garrett Stubbs who can pop in and surprise everybody. I always wanted depth like that.

This is a good enough Phillies team, and the goal will be outlasting the middle of the NL East and eventually climbing back up to take on the Mets, and not get no-hit this time. It will be tricky...but it can be done.