The M's Come Together 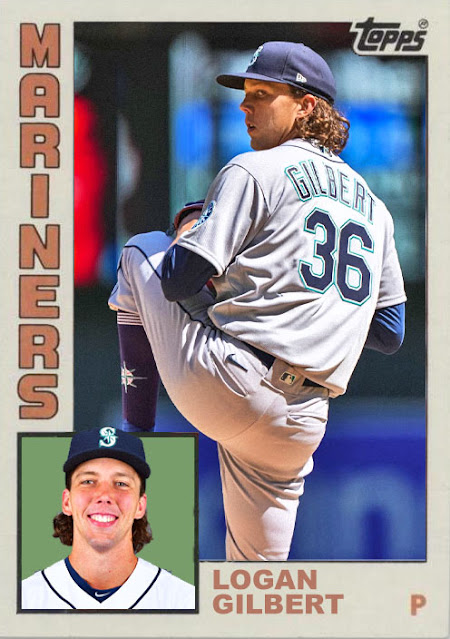 It's no secret that the Mariners' season has been something of a disappointment so far, spending most of May and the back half of April struggling, blowing a nice lead in the AL West and now struggling to stay in fourth. The division that once could have been theirs has now gone to the Angels and Astros, and a lot of the early strategies, like starting Jarred Kelenic, throwing Matt Brash into the rotation and platooning Luis Torrens and Cal Raleigh at catcher, have not worked.

So...the last few games have felt like a bit of a reset. First of all, it's kind of impressive the change this team can go through with or without Kyle Lewis. The team's been without him for around a year and they've struggled to get too much done. Now he's been back for 4 games and they're back to winning a bit more consistently. Lewis himself is hitting .267 with 3 RBIs and 2 homers, numbers befitting of his 2019 and 2020 breakout seasons. Taylor Trammell also seems to be MLB ready at last, hitting .273 with a homer. The trio of Lewis, Trammell and Sam Haggerty is bringing some energy to this lineup that felt absent before.

It's honestly the cherry on top of some building developments, like George Kirby's entry into the rotation, Julio Rodriguez coming into his own, and Eugenio Suarez having his best season to date. Plus, you also have Logan Gilbert, who struggled few his first few starts last year before becoming a reliable force for the Ms, going 5-2 with a 2.29 ERA with 60 Ks so far. Gilbert, even in a rotation with Robbie Ray and Marco Gonzales, is giving the kind of reliability and edge that this Mariners team needs. Ray is giving a lot of strikeouts but so far isn't as dominant as he was last year, but he's also not doing TERRIBLY, either.

And though some big pieces, like Jesse Winker, Adam Frazier, Diego Castillo and Chris Flexen aren't performing to par so far, you still have J.P. Crawford and Ty France running this team, and capable of big moments whenever. This is not a perfect team, but it's definitely capable of hero moments, and with Rodriguez, Lewis and Trammell now, there are more heroes.

I don't know if June will hold the stretch that gets them back into the race, as they're more of an August/September comeback kind of team, but...with these tools back with the team, and with Haniger not too far away, it definitely could happen. And since these recent wins have been coming against the Astros...the tide could soon turn.