In the Name of All Things Oly 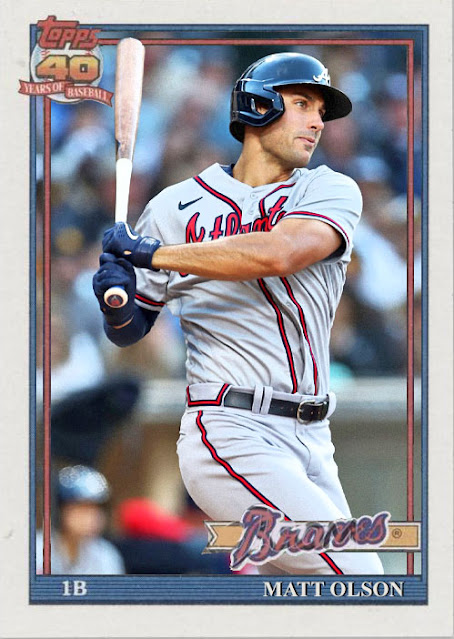 Last year around this time in May, the New York Mets had a large lead over their NL East competitors, leading the other 4 to just sort of quarrel each other under .500 until the lead shifted to the Phillies and, eventually, the Braves.

Right now we're experiencing a similar power dichotomy. The Mets are way out in front with 20 wins, everyone else is below .500 and trying to figure out what to do next. The middle three teams all essentially have the same amount of losses, and are batting each other around to see which one has some semblance of control this week.

There are a few elements that make me think that this year in the NL East will go a little differently than last year. First of all, the Mets are actually good, and more than just lucky. I don't think they'll be completely struck by a bad week this year, at least not to the extent of the last few. Then there's the Braves, who have a lot of the materials that made last year's World Series win possible but none of the momentum. Last year's Braves were the product of great circumstances, excellent GM work at the deadline, and such a snowball effect of momentum that no one could stop them.

This year's Braves may not be able to kick into that kind of gear.

This is a fine team, don't get me wrong, but...'fine' is the key word there. Matt Olson is hitting .264 with 13 RBIs and 3 homers- fine numbers, but nothing near what Freddie Freeman's doing in LA. Eddie Rosario and Adam Duvall are not performing to 2021 standards. Only Olson and D'Arnaud are hitting over .250, with people like Austin Riley, Ozzie Albies and Dansby Swanson struggling to catch up. Ronald Acuna is hitting, but he's got to make up for a lot of lost time. Charlie Morton and Ian Anderson are letting this team down. The Braves have gotten 38 relief innings from people over 34, which...if they weren't at least doing decently, I'd be worried.

And with Olson, Kyle Wright and Bryce Elder playing prominent roles, it feels like this team is both trying to recreate their 2021 season and trying to move on from it at the same time. Those kind of dueling ideologies are not good.

I think the Braves have a chance of competing and getting things straightened out, but it's going to take a lot of unity that the team doesn't seem to have right now.

Coming Tonight: The Opening Day starter that no one had heard of a month ago who's become an indispensable arm for a 1st place team.