The Mariners vs. May 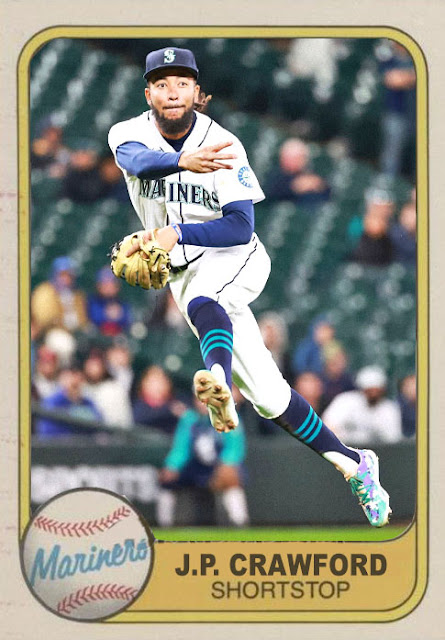 It happens like clockwork. The Mariners get off to a strong start in April with so many factors working well, and then like a flip of the switch, by May they're under .500 and struggling to stay in the conversation. Literally every year it goes like this.

This year is no exception. The Mariners were 11-6 on April 26th, now they're 12-16. They've...they've really gone and lost 10 games in an 11 game stretch. They really went and did that, while I was trying to call them contenders in the AL West.

The ingredients for a run are all there, too. J.P. Crawford's playing like he owns the city, hitting .340 with 33 hits. Ty France has become a power-hitting mainstay, with 5 homers and 21 RBIs already. Adam Frazier is picking up where last season left off as a contact hitter. Eugenio Suarez is playing strong 3rd base and has 6 home runs and a positive WAR. Rodriguez is beginning to take off both at the plate and on the base paths. And Gilbert-Ray-Flexen-Gonzales-Kirby is actually a really strong rotation, with those top four rocking low ERA, Gilbert barely allowing any runs, and Kirby had a really nice first start this afternoon, holding the Rays, who were very volatile last night, down for 5+ innings.

But...despite everything that's working, this team is on a large losing stretch and needs to snap out of it. I still blame a lot of low averages from trusted people like Jarred Kelenic, Cal Raleigh, Abraham Toro and Jesse Winker. While there's decent relief help, there's no designated closer because the team really hasn't been at the point to need one very often. There have been so many games recently where the lineup has just refused to show up, and they've scored a very low amount of runs. Now the team's in third, as the Astros have turned into a stronger squad right when the M's haven't.

I want to believe they can come back and challenge the rest of the division, especially considering the fact that they have an easier scheduling load coming up, but...this is still a team that can't all be good and healthy at the same time, and I don't know if that'll suddenly all snap into place anytime soon. I want it to, I really do, but...if it hasn't happened by this point with so many similar circumstances, I don't know if it will.

Coming Tomorrow- A big, weird-looking guy who throws smoke for the best team in the NL.