First Highlight of the Season 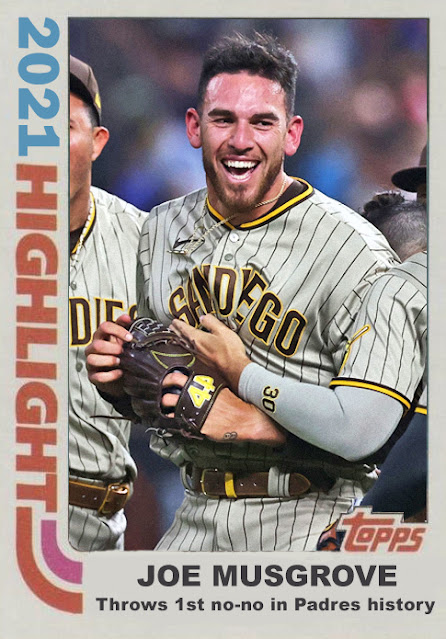 We're not even 2 weeks into the season and 2021 has its first no-hitter. Good job, pitchers!

This was an awesome one, because normally if there's a no-no in the mix, I happen upon it during the 6th or 7th and it immediately gets broken up, because that's my luck. I heard about this one in the 8th, cause Cut4's twitter just posted 'you maaay wanna put on the Padres game', and that was code for 'holy shit something's happening'. And this was after Tyler Mahle was hitless through 4 and the bullpen nearly fouled it up. So I wasn't believing anything until that final out, and thank god Joe Musgrove came through. This was only his second start as a San Diego Padre, his hometown team, and this was as awesome as it could have gone, I think.

I missed doing highlight customs as the season went on, so I'm bringing them back starting with this one. It'll be fun to see what insane stuff happens as we go along.

Congrats to Musgrove, and to those San Diego Padres fans who'd been waiting years for something like this. May there be many more.